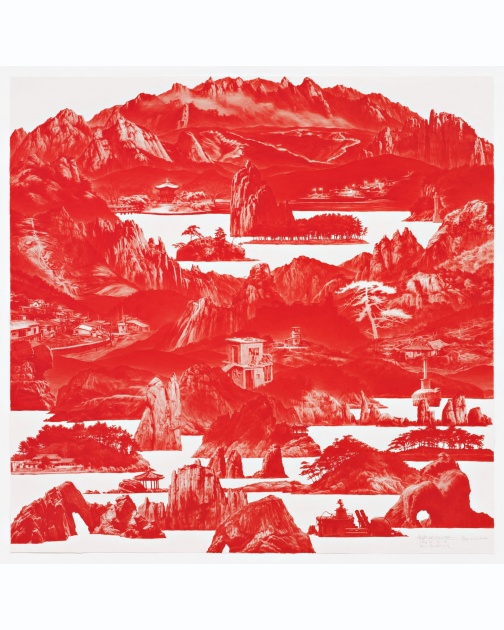 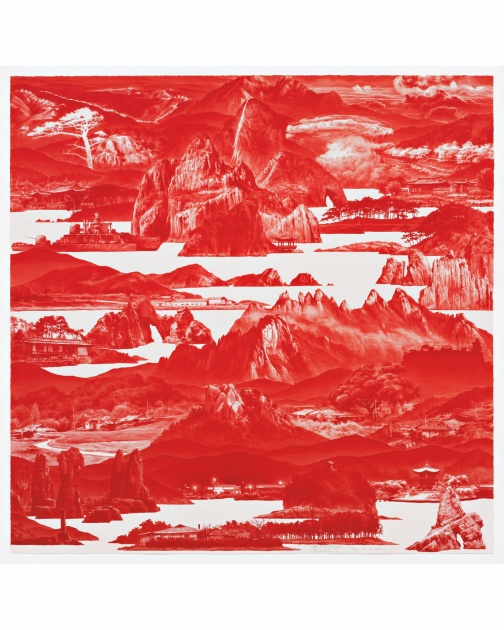 SeaHyun Lee's paintings confront the Eastern tradition of landscape and the cruelty inherent in its manipulation of the natural world to suit human aesthetic desires. He draws attention both to individual distortions, such as the strict pruning of trees in the bonsai tradition, as well as to the redrawing of perspective that adapts the landscape to human terms. His Between Red series presents the landscape veiled in a deep chromatic shroud that spills beyond the boundaries of the canvas to absorb the viewer into his melancholic vision. Lee received BFA and MFA degrees from Hongik University, Seoul, and an additional MFA from the Chelsea College of Art and Design, London. His work has been extensively exhibited in Korea and Great Britain and is featured in prominent public and private collections, including the Seoul Museum of Art and the Microsoft Art Collection.