Pace Prints is pleased to present an exhibition of new etchings by Dan Walsh at its 32 East 57th Street gallery. The exhibition will be on view May 15—June 27, with an opening reception Thursday, May 14, 6-8pm.

In Folio C, his new suite of five etchings, Walsh continues his exploration of system-based image making through the use of linear pattern. Taking full advantage of the experimental nature of the printmaking medium, the artist allows process to guide the work into new and unexpected terrain.

Walsh creates a wide range of depth in the series, from the tightly-rendered aquatint of Plate I to the spit-bitten, atmospheric blues in Plate III. As in his paintings, Walsh works in response to his marks as they develop on the copperplate, following or diverging from their prescribed paths, in order to create these colorful and iconic geometries.

Dan Walsh was born in 1960 in Philadelphia, Pennsylvania. He studied at Philadelphia College of Art (Philadelphia, Pennsylvania) and Hunter College (New York, New York). His work has been exhibited in national and international galleries and institutions, including a recent retrospective at Paula Cooper Gallery, New York; the New Museum of Contemporary Art, New York; and PS1 Contemporary Art Center, Long Island City. His prints and limited edition books were the subject of a solo exhibition at the Cabinet des Estampes du Musée d’Art et d’Histoire, in Geneva, Switzerland. He was also included in the Ljubljiana Biennial, Slovenia, and the Lyon Biennial of Contemporary Art, France. Walsh was included in the 2014 Whitney Biennial. 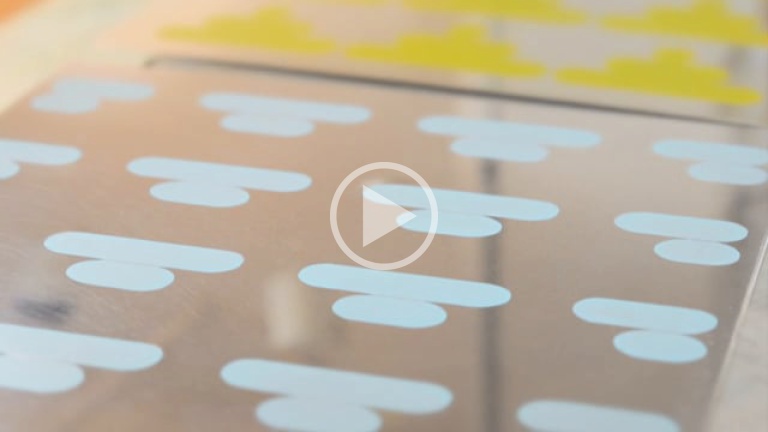