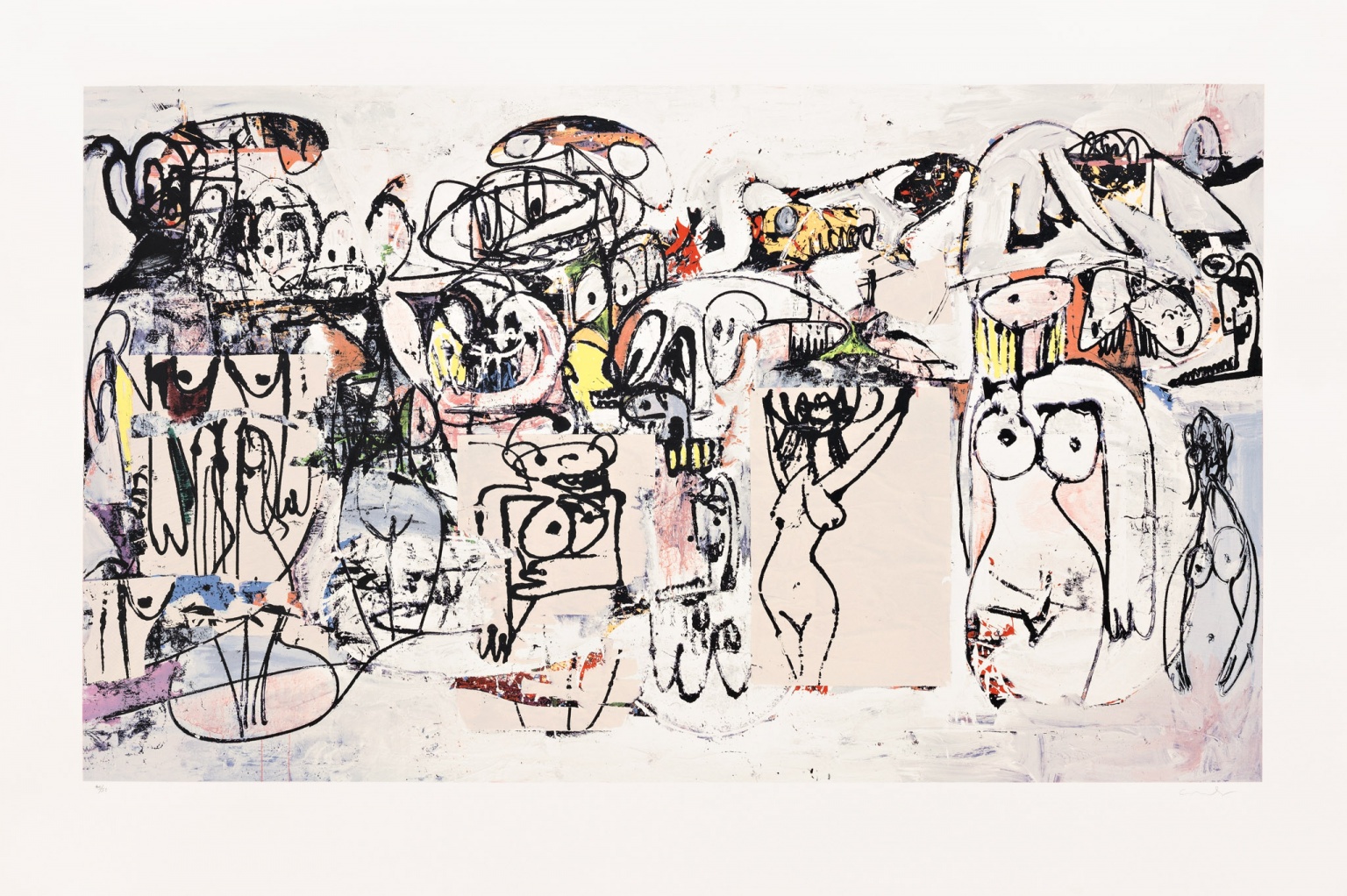 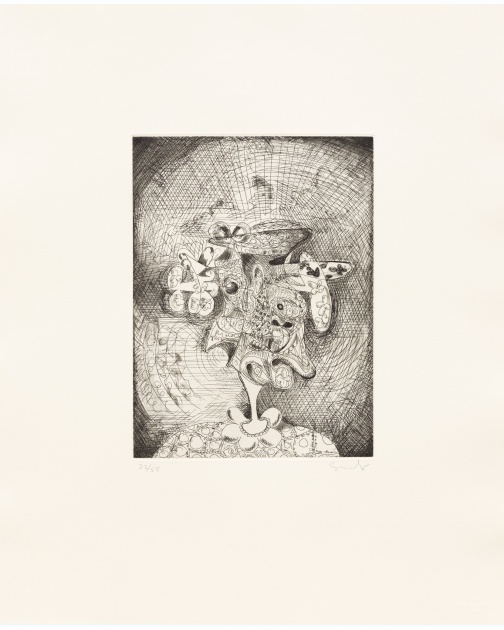 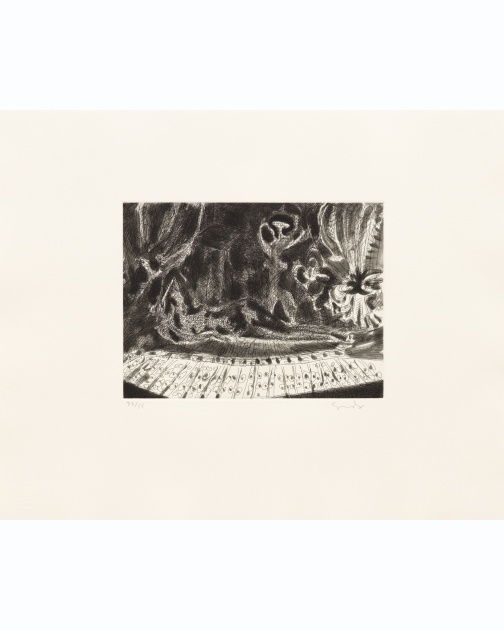 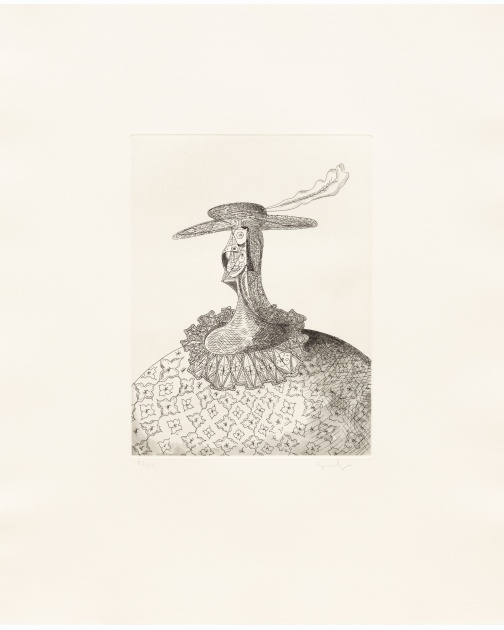 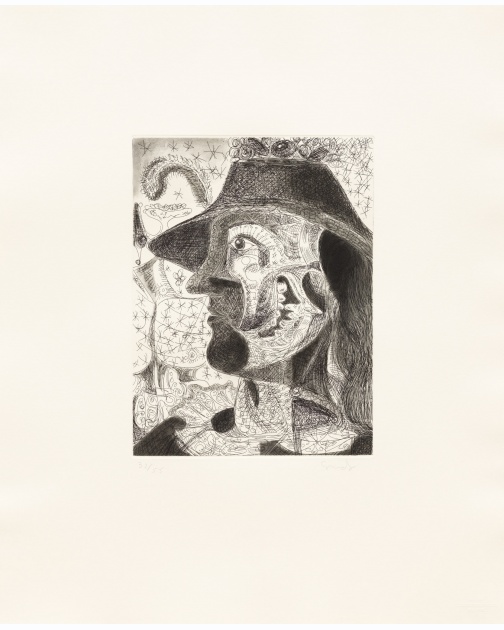 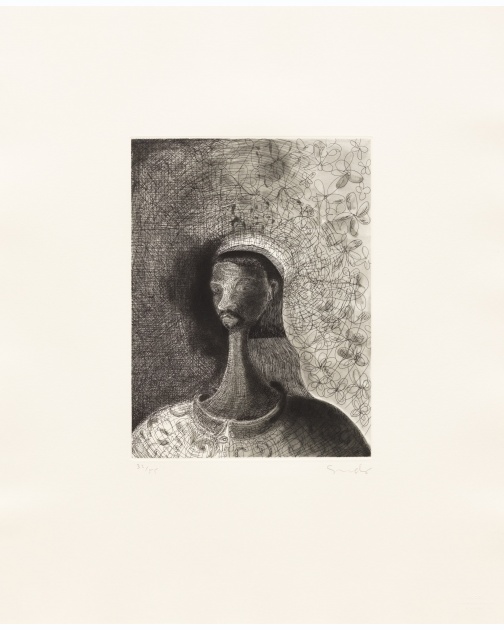 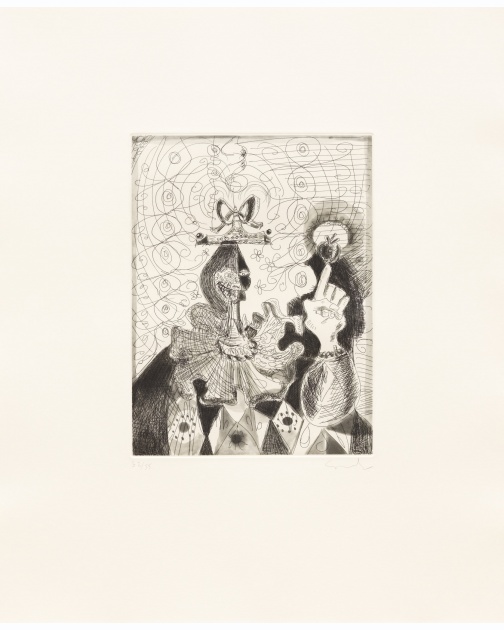 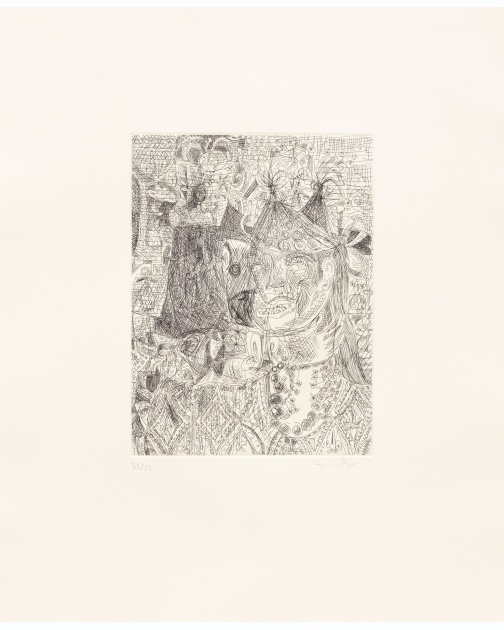 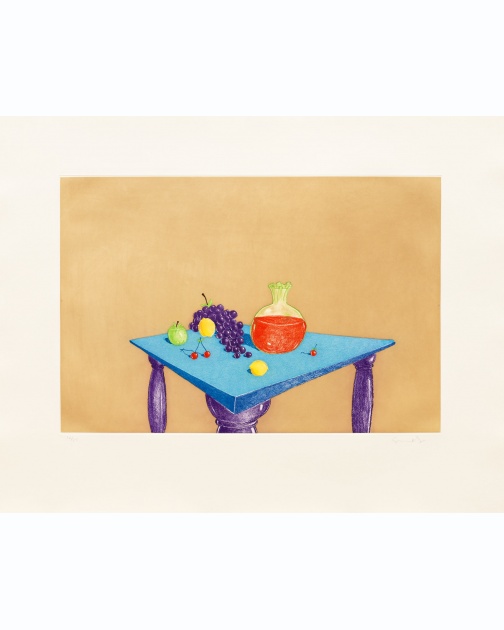 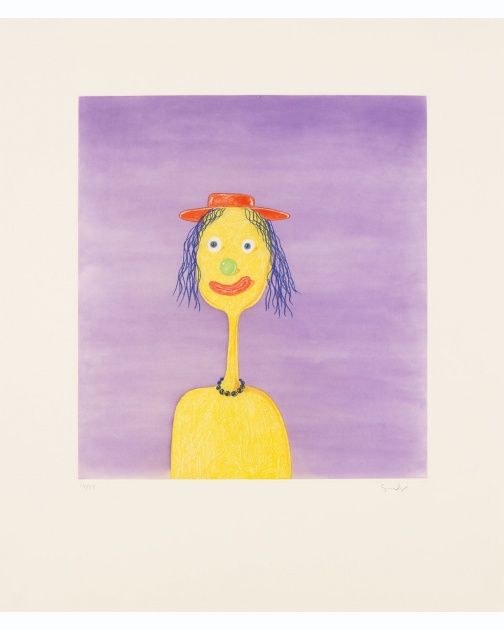 Arriving in New York in the 1980s, George Condo became involved with members of Andy Warhol's Factory and collaborated with prominent figures of the Beat Generation. In Condo's work, which in his words “reflect the madness of everyday life,” meticulous attention to naturalistic detail is coupled with elements of the grotesque and the absurd. His recent paintings and prints contain elements of a figurative, cartoon, Surrealist, and Pop heritage combined with an equal interest in painterly abstraction. His line etchings and drawings display his virtuosity as a draftsman.Condo was the subject of George Condo: Mental States at New York's New Museum in 2011. His work is in the permanent collections of The Museum of Modern Art, New York, The Whitney Museum of American Art, The Solomon R. Guggenheim Museum, New York and the Albright-Knox Museum in Buffalo, New York.