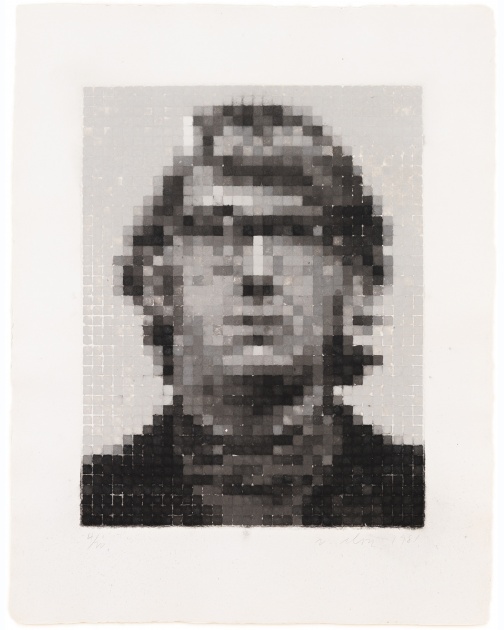 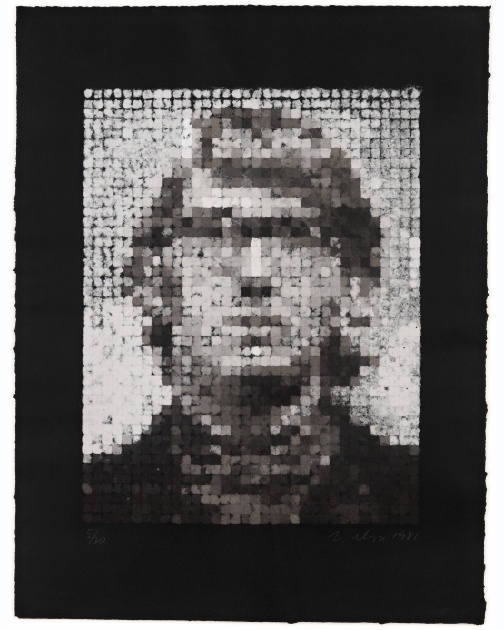 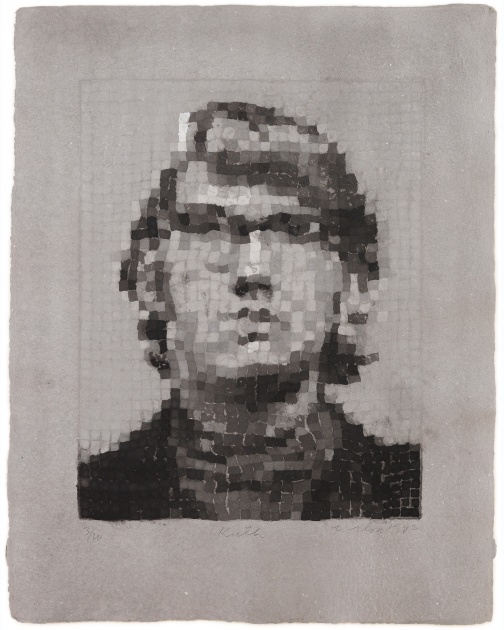 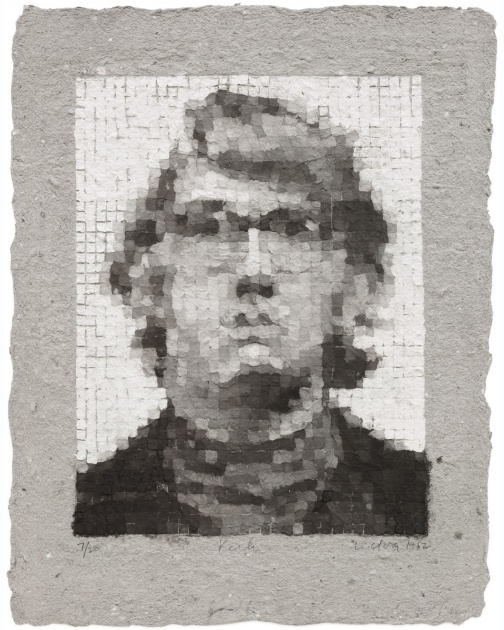 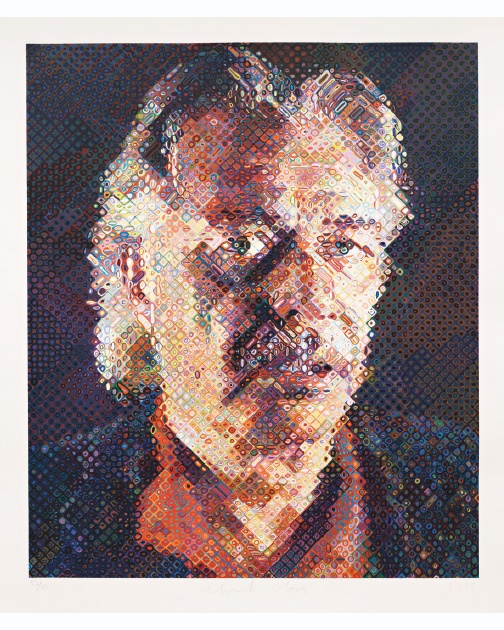 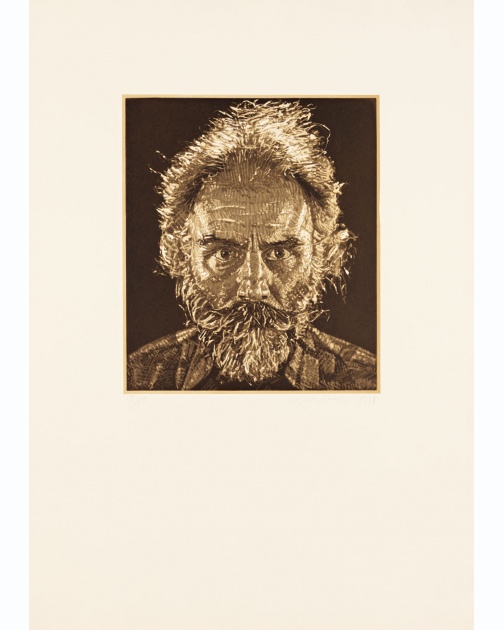 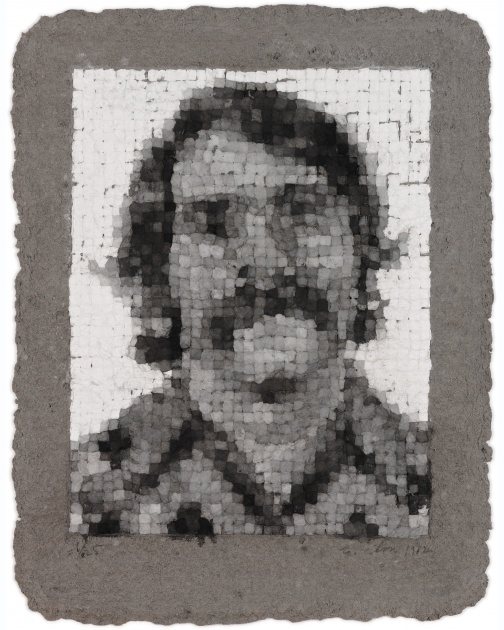 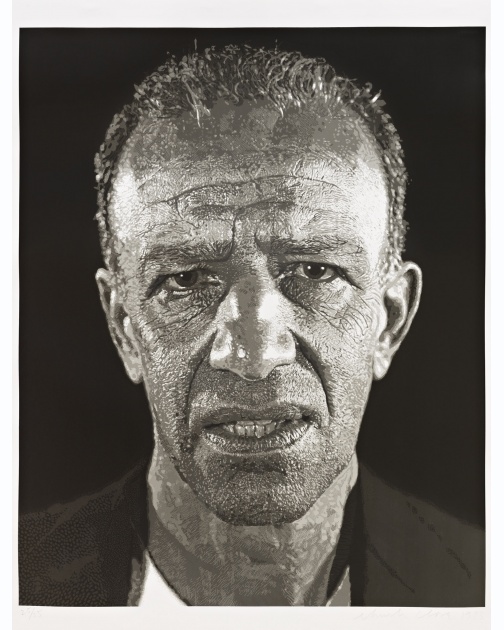 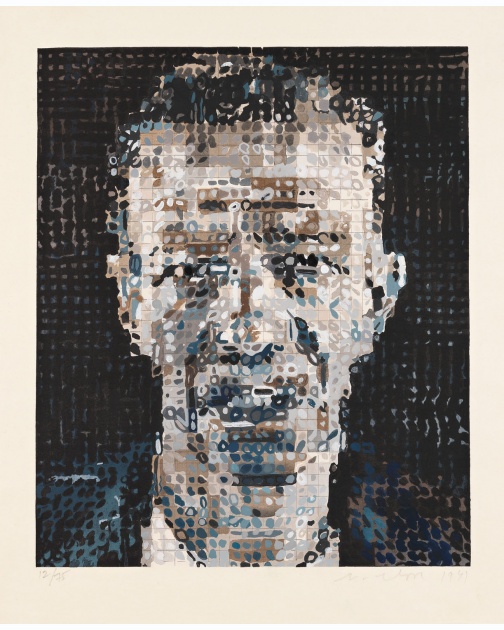 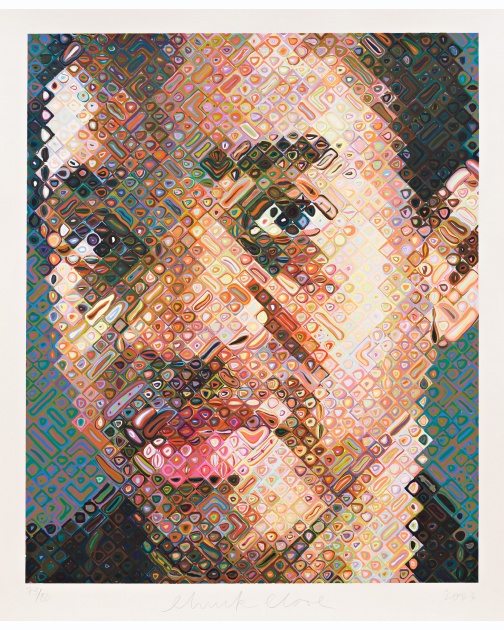 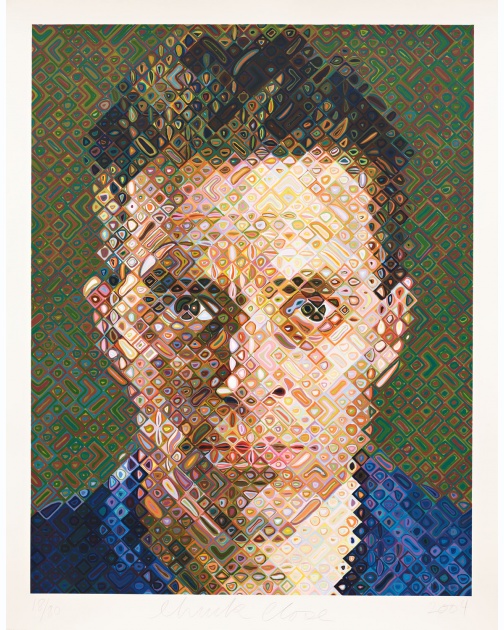 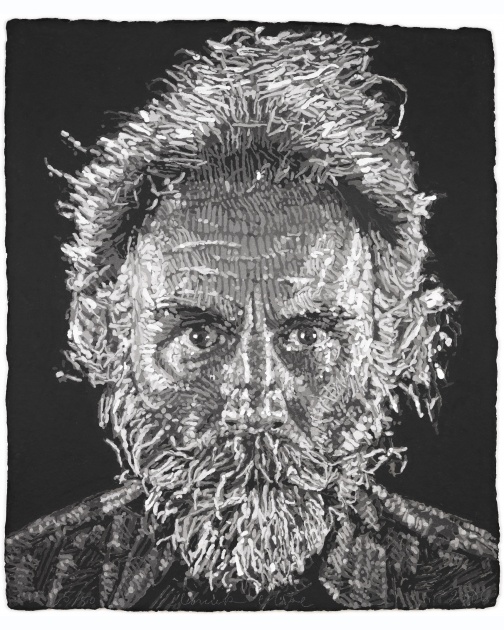 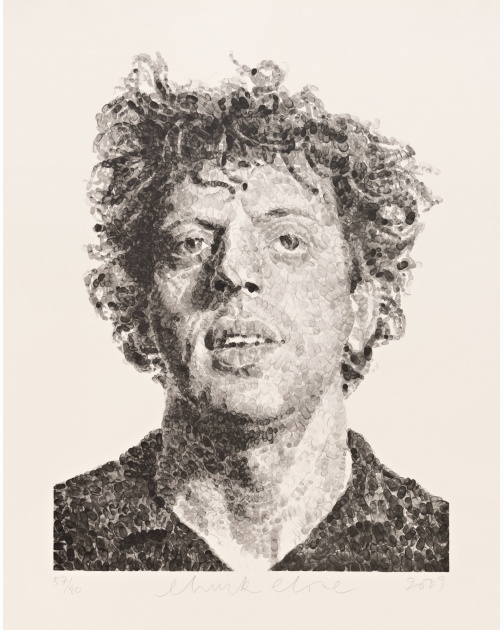 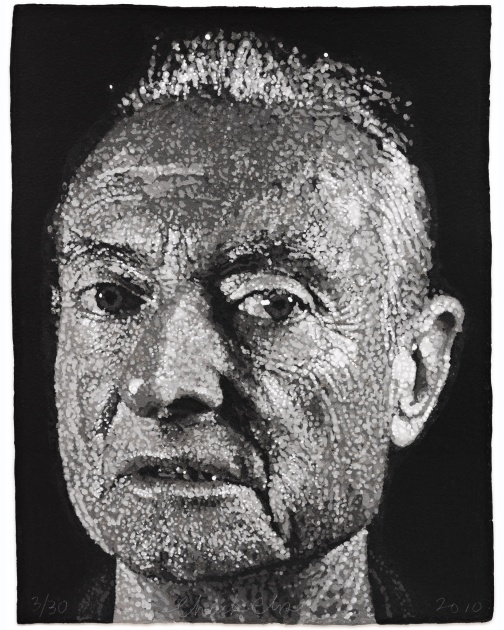 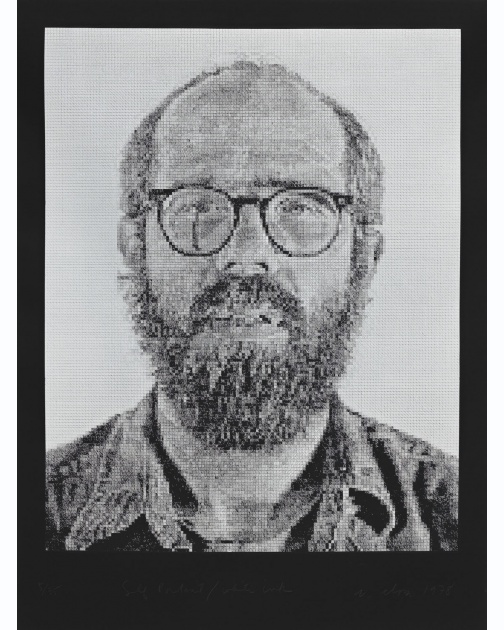 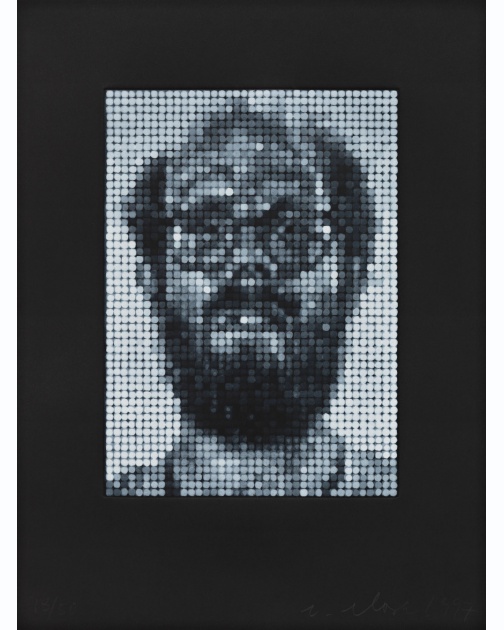 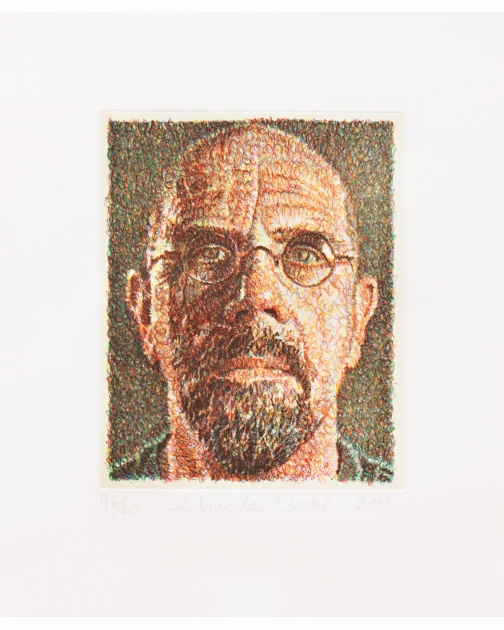 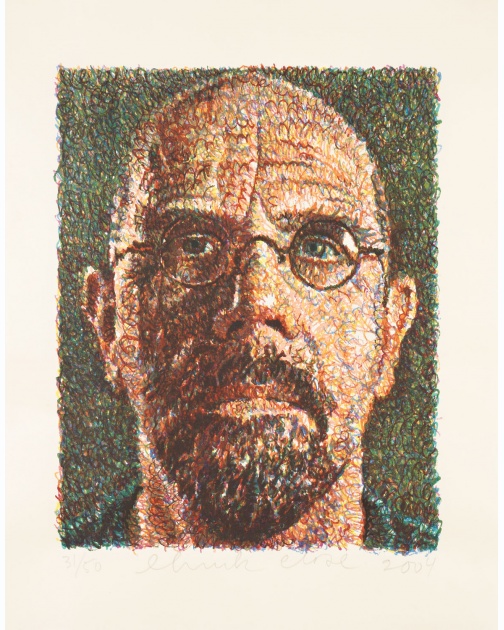 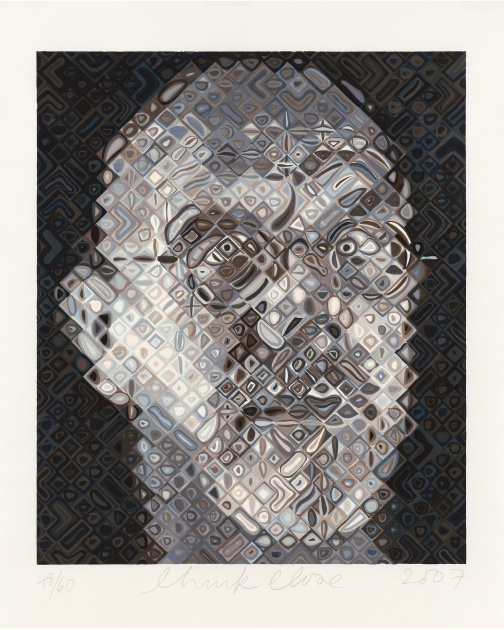 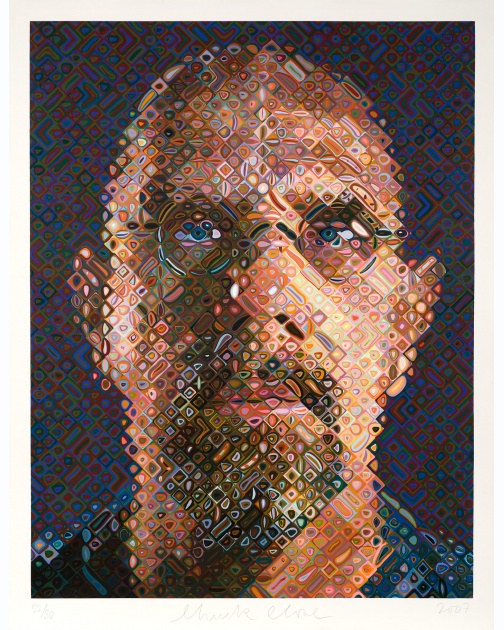 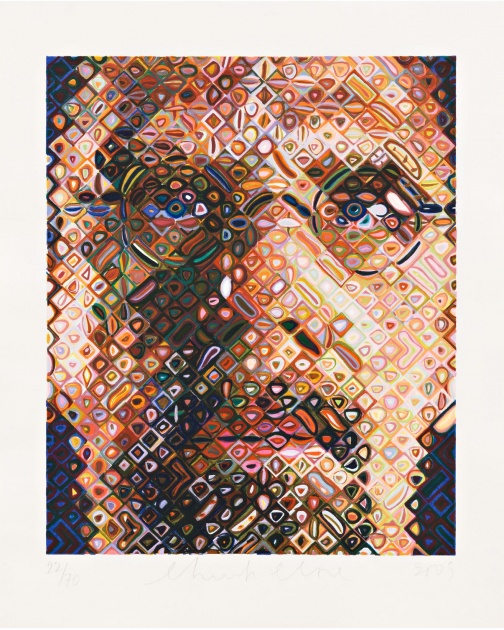 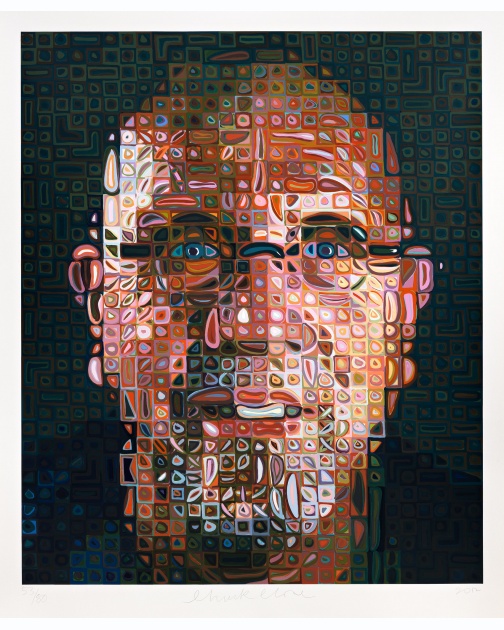 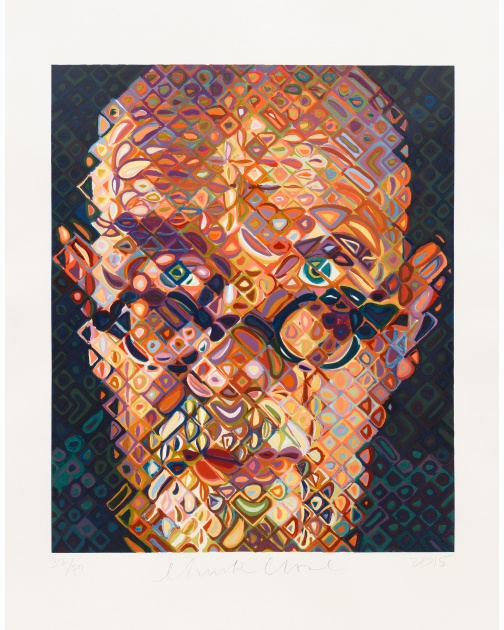 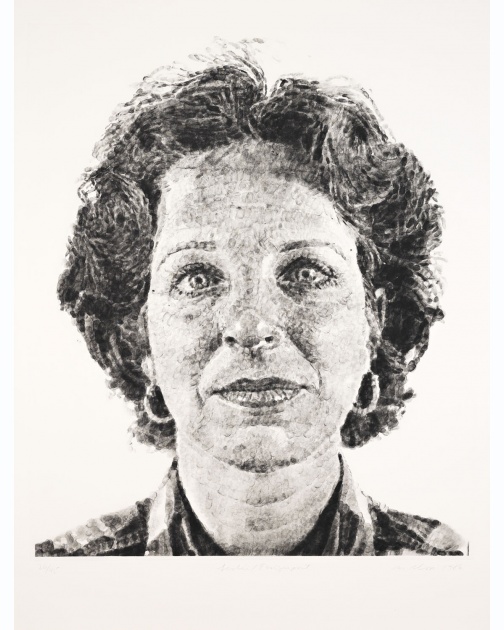 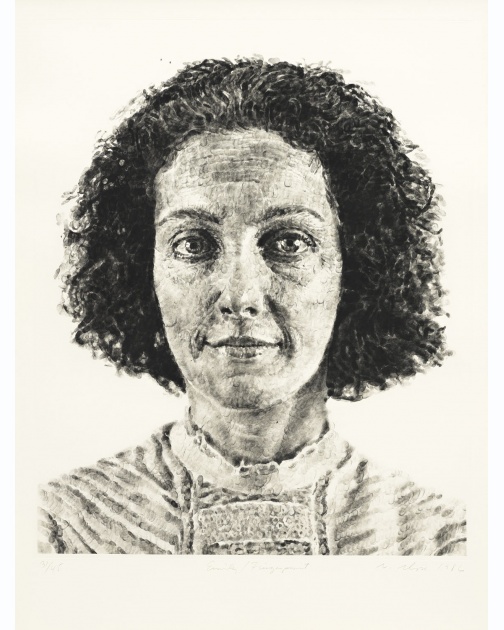 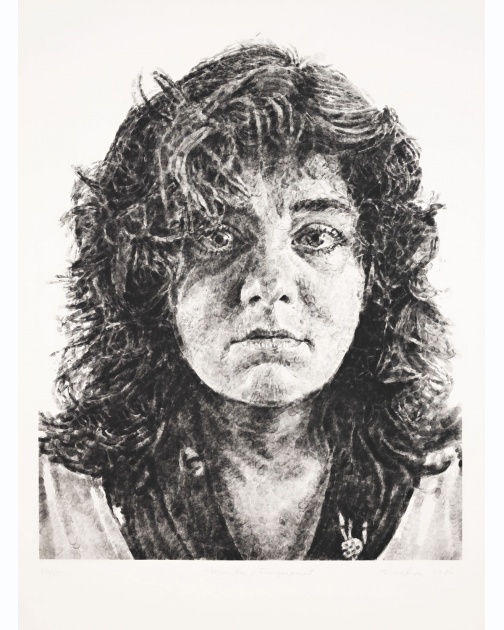 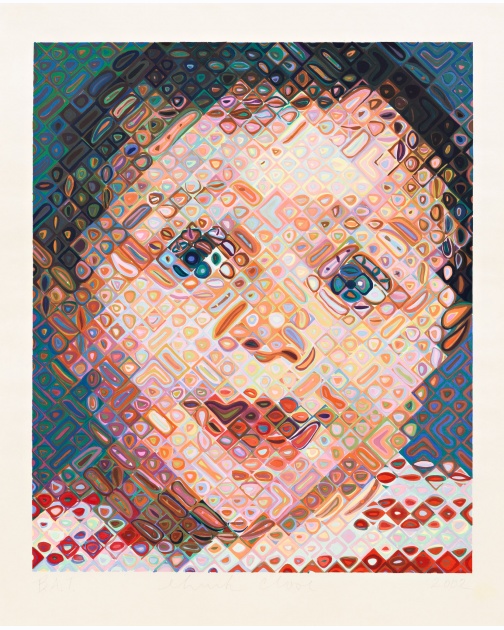 Chuck Close's subjects are his family, his friends, himself, and fellow artists whose faces are described through his distinct, meticulous marks. Working from a gridded photograph, Chuck Close builds his images by applying one careful stroke after another in multi-colors or grayscale. Chuck Close works are generally larger than life and highly focused. For Chuck Close, it is the process of description that renders meaning, rather than the subject itself.

In 2000, Close was presented with the prestigious National Medal of Arts by President Clinton. Close is a member of the American Academy of Arts and Letters, has served on the board of many arts organizations, and was recently appointed by President Obama to serve on The President’s Committee on the Arts and the Humanities. In November 2014, the Museum of Contemporary Art Australia presented the largest exhibition of Close’s work ever presented in the southern hemisphere.

Closer: The Graphic Art of Chuck Close at the Bruce Museum