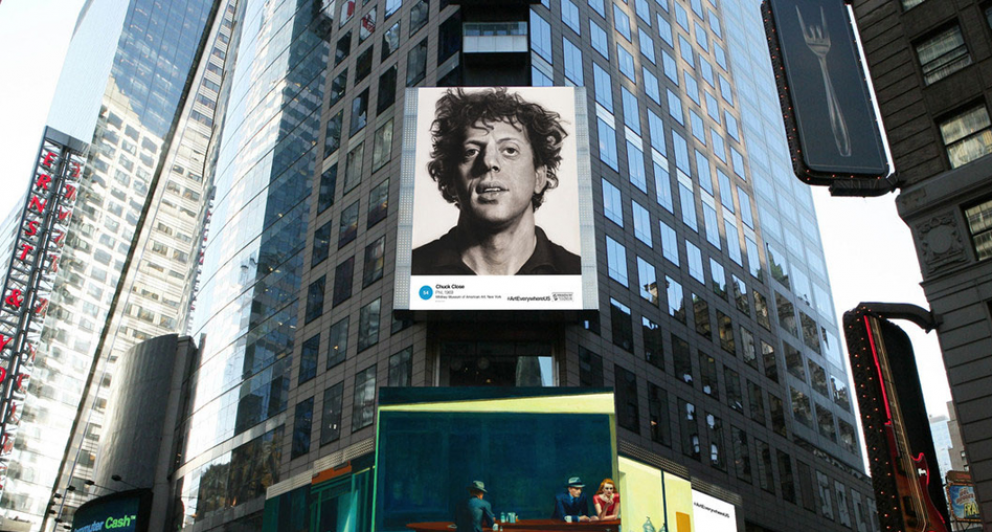 Art Everywhere U.S.—a national campaign to exhibit iconic American art on billboards, subways, movie screens and bus shelters across the country—is putting Chuck Close’s "Phil" (1969) front and center at the corner of 7th Avenue in Times Square. The show is being billed as “the largest outdoor art show ever conceived” and also features work by Ed Ruscha, Andy Warhol and Edward Hopper among others.

Over more than three decades, Close has used this portrait of Philip Glass as the basis for experimentation in a wide range of printmaking techniques, including the 2009 screenprint "Phil/Fingerprint," which is on view at Pace Prints 57th Street.