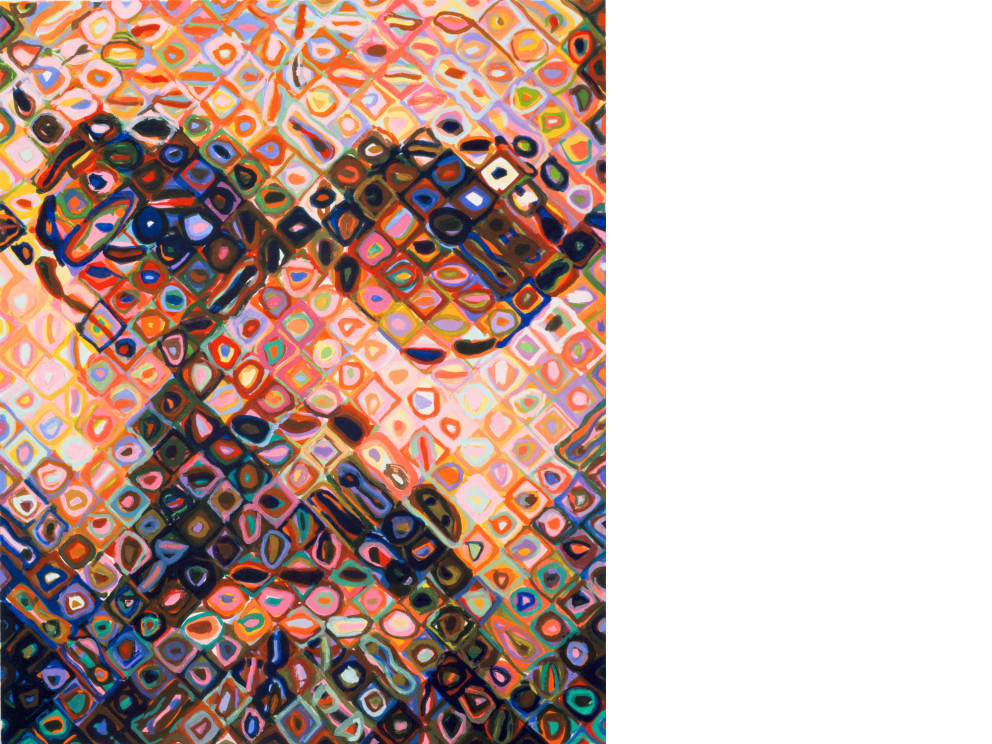 Several Pace Prints editions will be on view at the Oklahoma City Museum of Art for the exhibition "Chuck Close: Works on Paper, from the collections of Jordan D. Schnitzer and his Family Foundation"

American artist Chuck Close has been a leading figure in contemporary art since the early 1970s. Celebrating years of the artist’s printmaking career, "Chuck Close: Works on Paper, from the collections of Jordan D. Schnitzer and his Family Foundation" will include etchings, linoleum cuts, lithographs, screen prints, woodcuts, and paper pulp multiples. The featured artwork includes self-portraits of the artists, and portraiture of family and friends including Alex Katz, Robert Rauschenberg, Janet Fish, Philip Glass, Keith Hollingworth, Kate Moss, and Brad Pitt, among others.

Originally associated with photorealism, Close’s rigorously systematic approach and often visibly gridded formats are similar to those who emerged alongside him in the late 1960s.Though Close is known primarily for his contribution to the history of large-scale painting, he has played a significant role in innovating new methods for printmaking. He made his first print in 1972 and since then has explored the possibilities and limits of the print medium. Close constantly challenges conventional practices and continues to follow the bold trajectory he set for himself nearly five decades ago. When viewed together, his self-portraits are more than just a microcosm of his work at large—they are a timeline of an ongoing investigation of print-making, of materials, and of personal biography.

"Chuck Close: Works on Paper, from the collections of Jordan D. Schnitzer and his Family Foundation" is on view through February 16th at the Oklahoma City Museum of Art, 415 Couch Drive, Oklahoma City, OK.