Pace Prints will present an exhibition that features Chuck Close’s complex woodcut Self-Portrait (2015) and the process behind its creation on view at 521 W. 26th Street, 3rd Floor March 2—April 8, 2017.

Self-Portrait (2015) was created over three years from 24 blocks that were used to render the image in 84 colors. The exhibition will include a selection of these woodblocks and progressive proofs together with the published print.

Throughout his career, Chuck Close has used his own image as a creative vehicle for his exploration of painting techniques and styles. Self-Portrait (2015) represents a significantly different facial perspective from earlier self portraits.

Self-Portrait (2015) was included in Chuck Close: Prints, Process and Collaboration at the Museum of Contemporary Art, Sydney, Australia.

Terrie Sultan, Director of the Parrish Art Museum, quotes Close in the introduction to her catalogue Chuck Close Prints: Process and Collaboration, saying, “Virtually everything that happens in my unique work can be traced back to the prints.”

Chuck Close was born in 1940 in Monroe, WA. He received an MFA from Yale University in 1964 and quickly became known for his large-scale, photo-based portraits. In 2000, Close was presented with the prestigious National Medal of Arts by President Clinton. Close is a member of the American Academy of Arts and Letters, has served on the board of many arts organizations, and was appointed by President Obama to serve on The President’s Committee on the Arts and the Humanities. His work is featured in national collections such as The Museum of Modern Art, The Metropolitan Museum of Art, and the Whitney Museum of American Art. 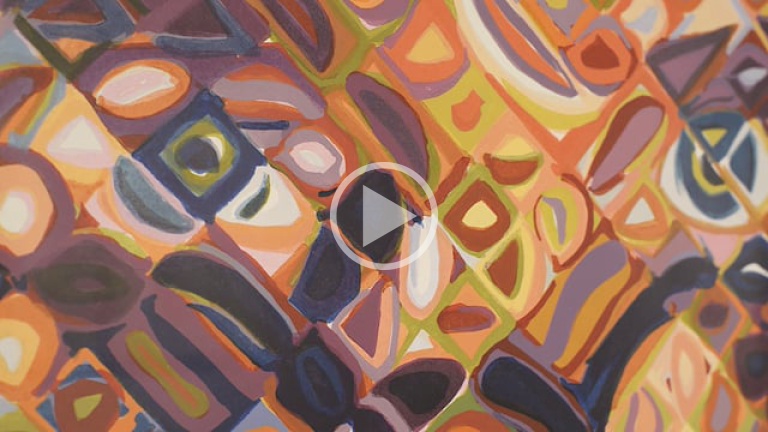