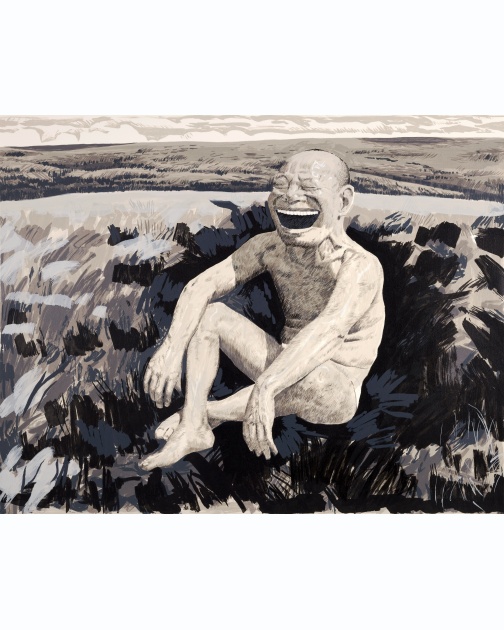 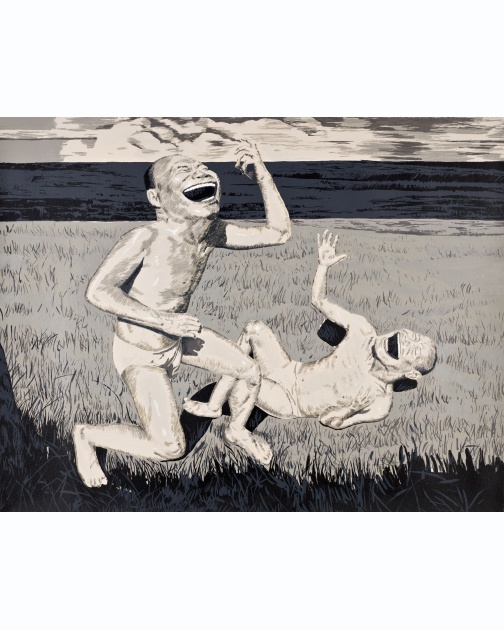 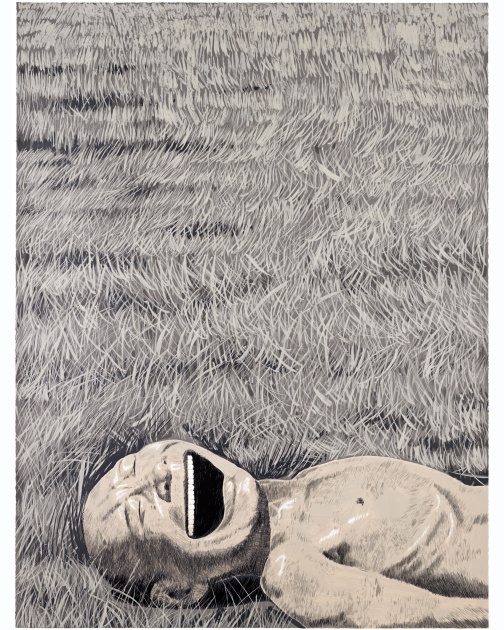 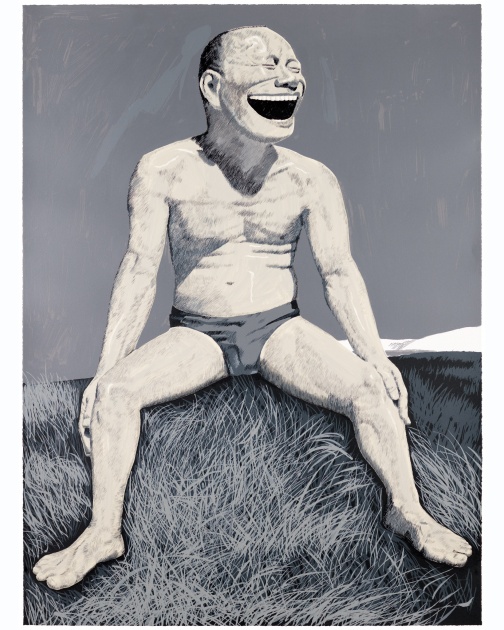 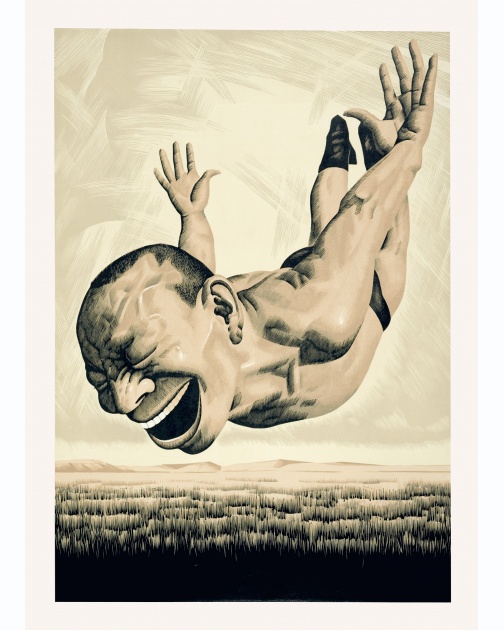 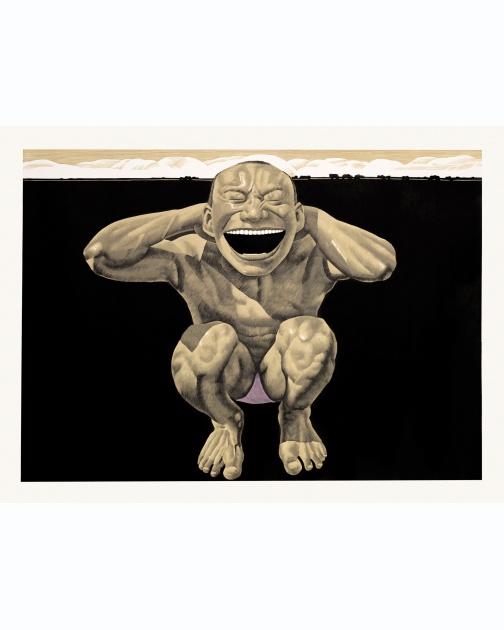 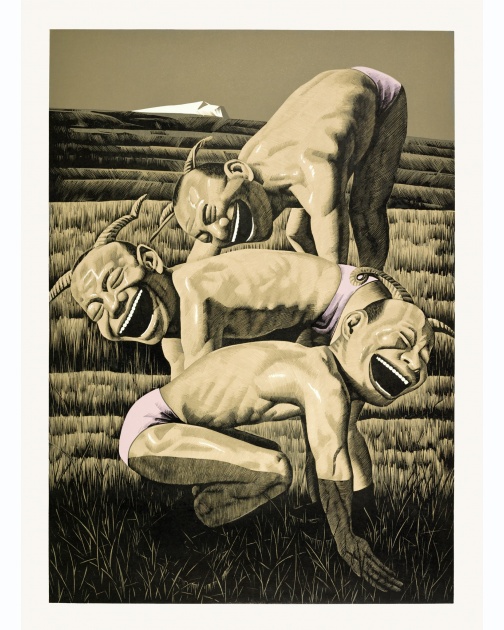 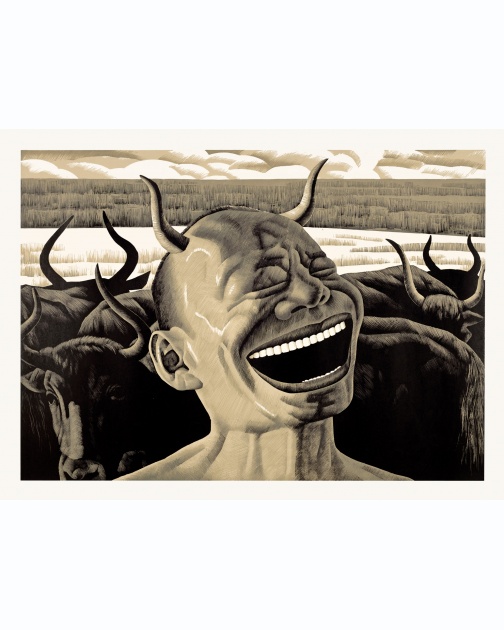 Lauded as one of the leading contemporary artists to emerge from China, Yue Minjun is an accomplished painter, sculptor and printmaker whose signature motif of gleefully laughing figures serve as caricatures that reflect the contradictions and absurdities of contemporary life. The artist is often listed as a member of the cynical realism movement that emerged in the mid-1990s in China and that came of age in the wake of the socio-political upheaval created by the Tiananmen Square demonstrations in Beijing. Using his own face as subject, Yue appropriates the phenomena of idolization so prevalent in our popular culture to create narratives and offer commentary on human nature. His mirthful characters remind us of the futility of action other than laughter at times while also providing an optimistic hope for the future.