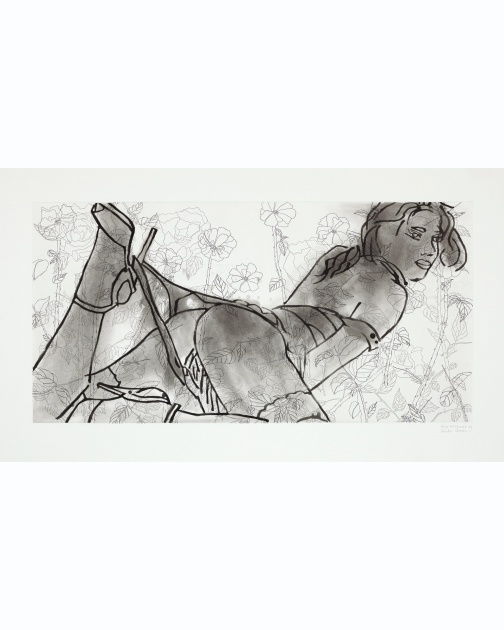 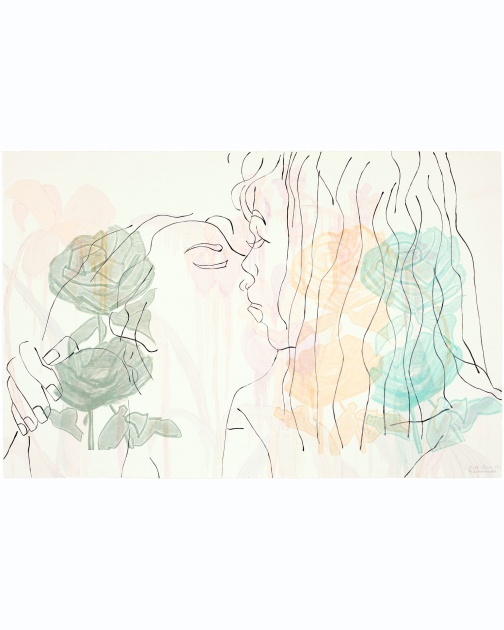 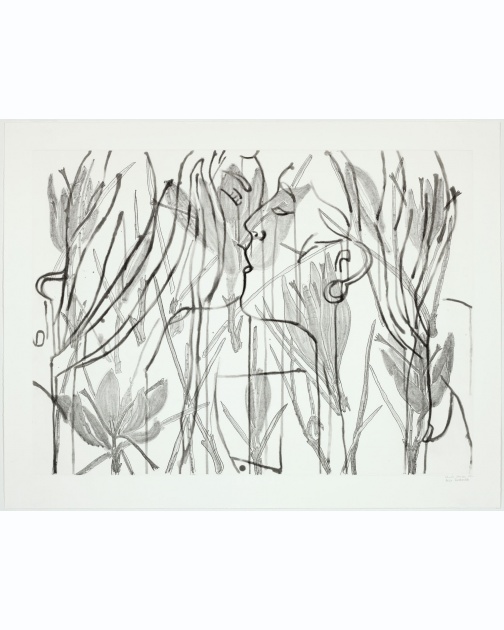 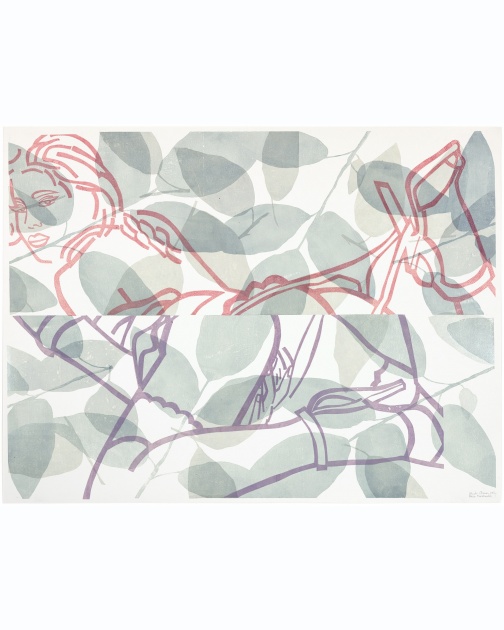 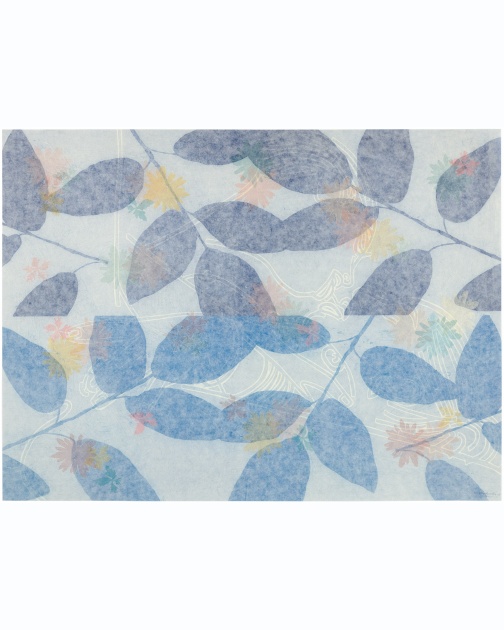 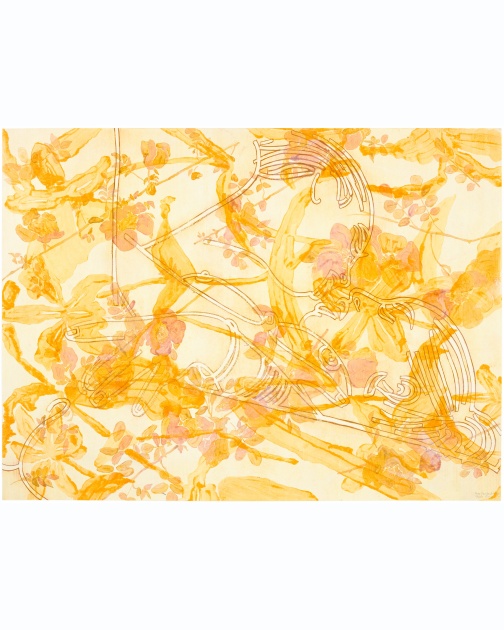 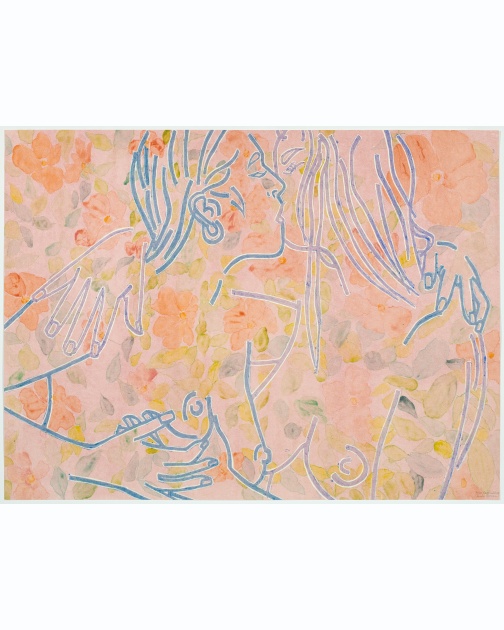 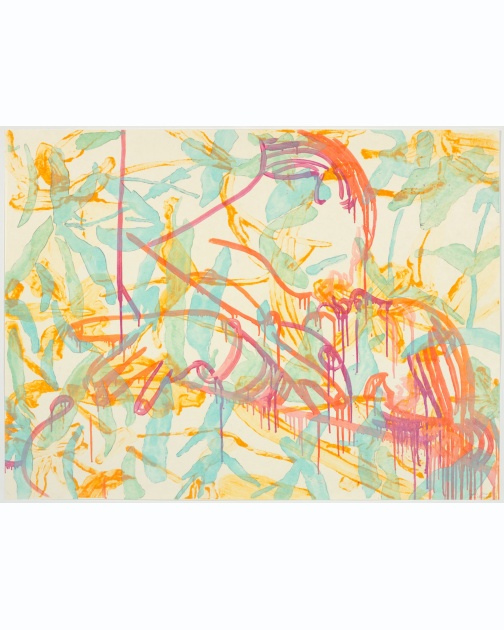 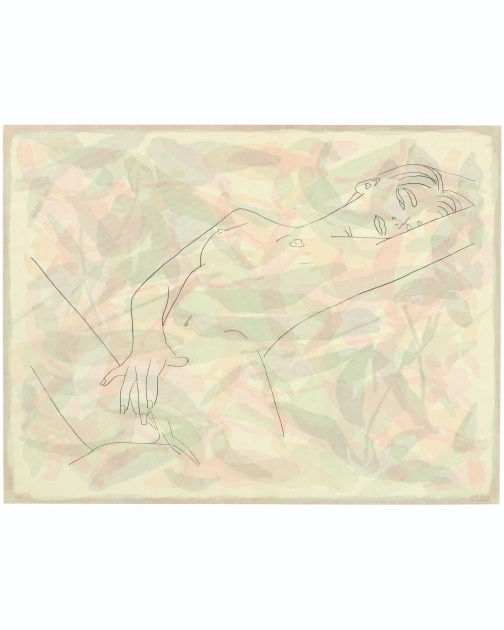 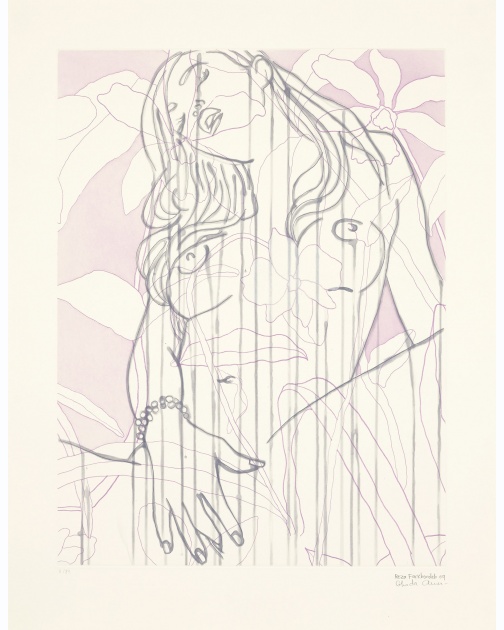 Ghada Amer was born in Cairo, Egypt in 1963. In 1974, the artist moved with her family to France where she received a BFA and an MFA from the Villa Arson in Nice. Amer also studied at the School of the Museum of Fine Arts in Boston, MA and the Institut des Hautes Etudes en Arts Plastiques, in Paris. The artist has been granted numerous solo exhibitions including a recent retrospective at the Brooklyn Museum in 2008. Reza Farkhondeh was born in Iran and received a BA from the University of Tehran in 1980. He subsequently received a BFA in Painting at the Beaux-Arts de Dijon, an MFA from the Villa Arson in Nice in 1991 and also studied at the Institute des Hautes Etudes en Arts Plastiques, in Paris. Together they create multi-layered mixed media prints. The two collaborated for their first series of drawings and prints in 2005 and continue to do so under the moniker RFGA. Combining Amer’s reproductions of found pornographic images of women with Farkhondeh’s floral motifs, the pair creates works that are evidence of a combined consciousness. Both artists live and work in New York.

Ghada Amer on The Artist Project

Ghada Amer & Reza Farkhondeh "The Other I" at Tina Kim Gallery