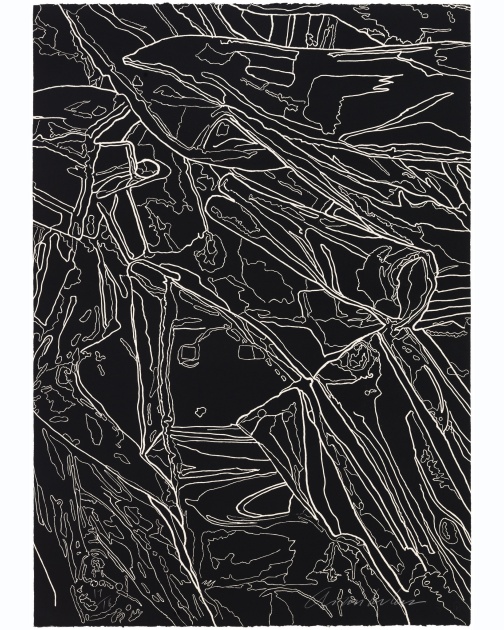 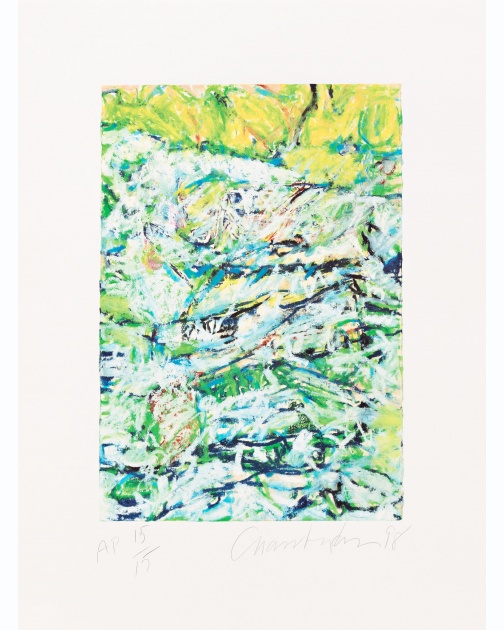 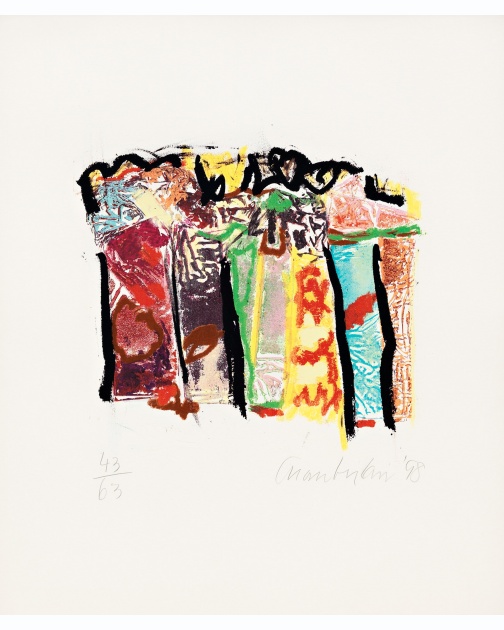 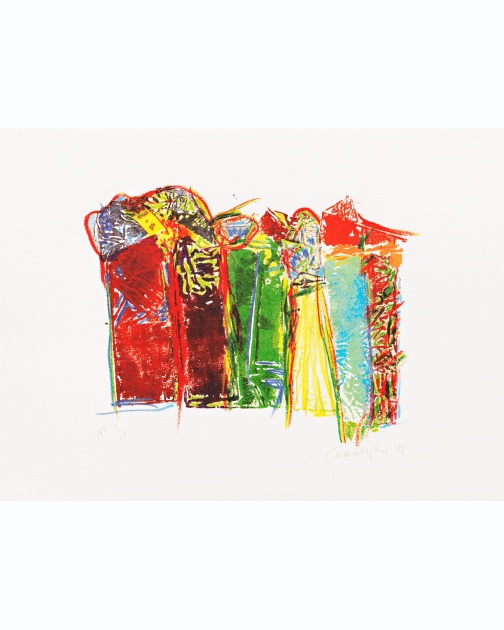 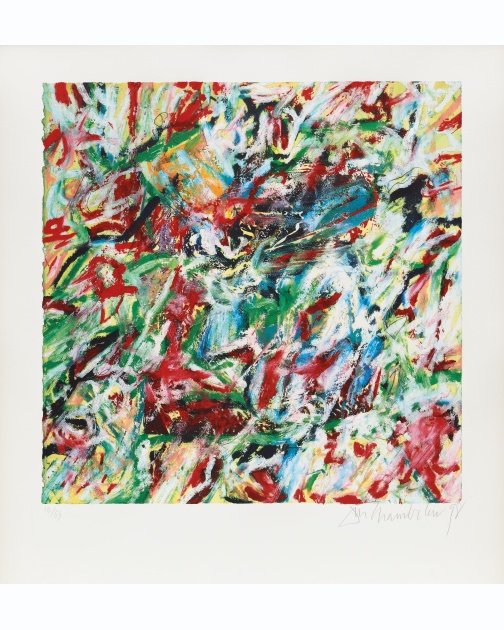 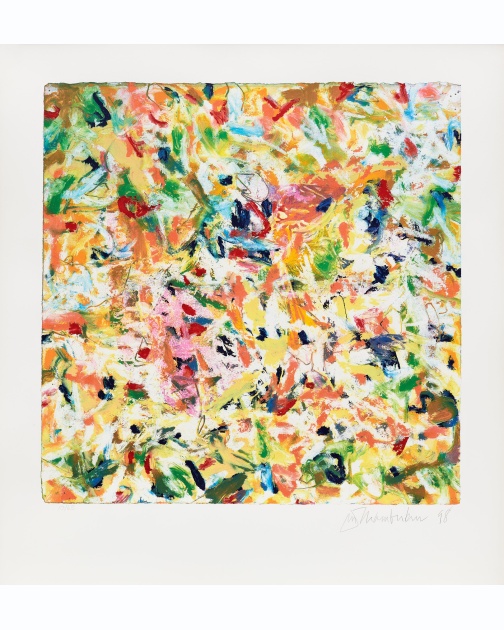 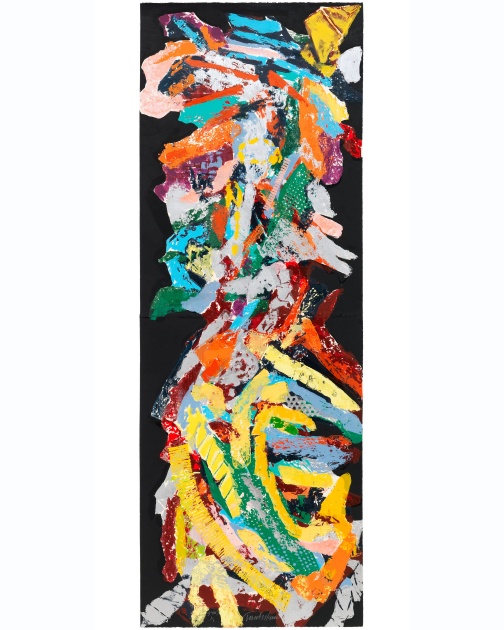 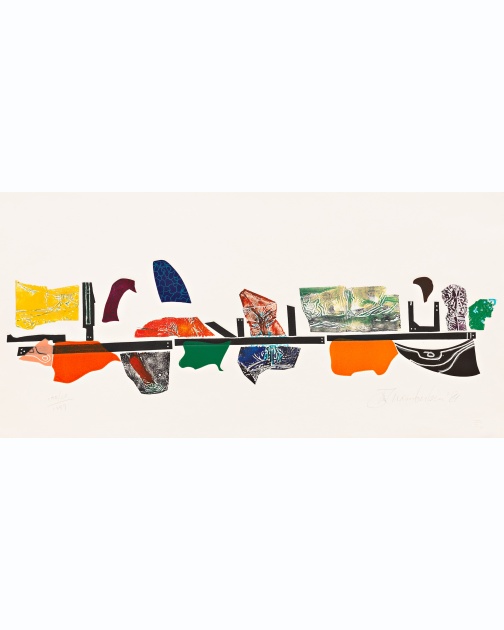 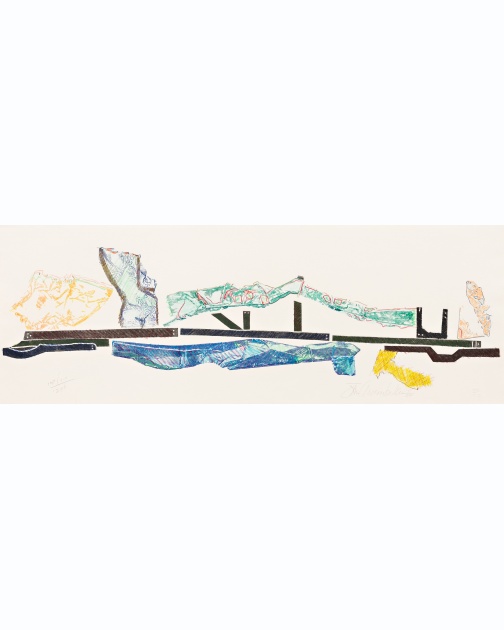 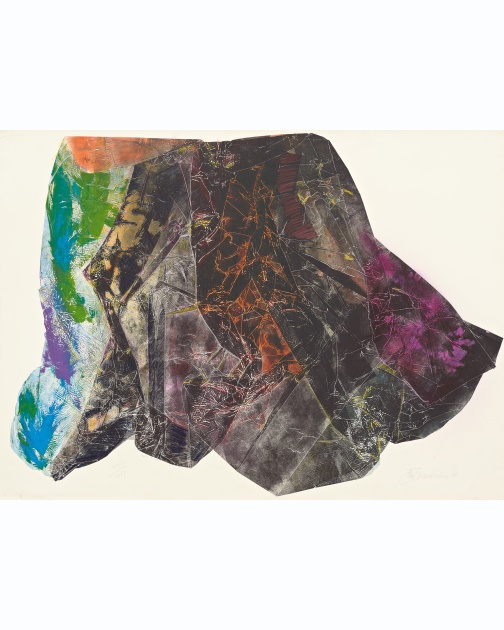 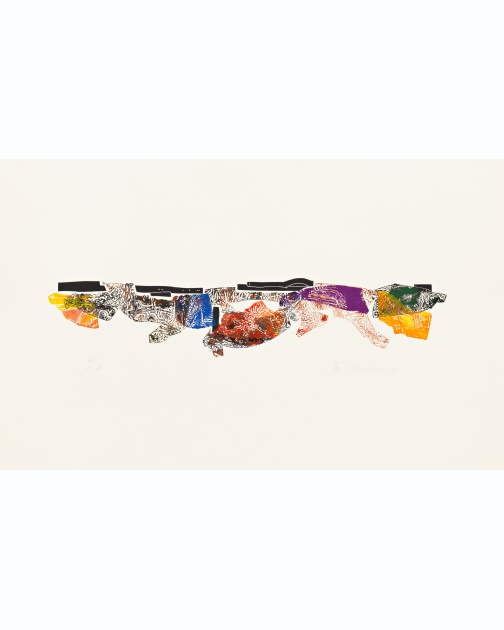 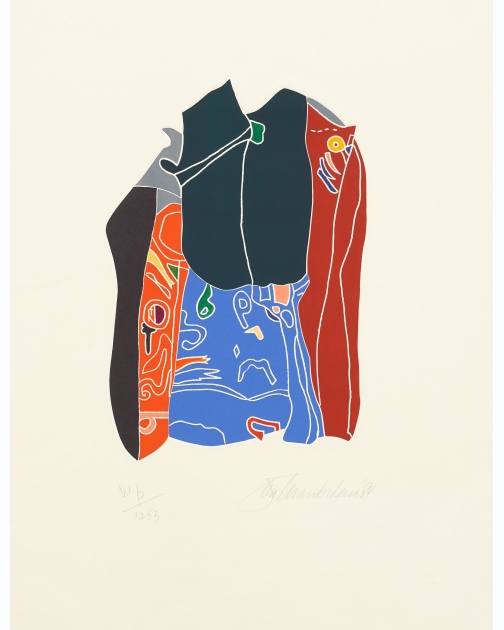 John Chamberlain accomplished with crushed auto parts what the Abstract Expressionists accomplished with paint. He created vast, swirling compositions of colored metal scraps from automobiles that earned him international fame. In his prints, Chamberlain transposed dynamic color abstractions from his sculptures to two-dimensional surfaces. Branching from his work with crushed metal scraps, foam and other non-traditional materials, Chamberlain continued his material exploration with the printmakers at Pace Editions and onwards with other print studios.

John Chamberlain attended the Art Institute of Chicago (1951–52) and Black Mountain College (1955–56), moving to New York in 1956. His work is exhibited throughout the United States, Europe with major exhibitions at Martha Jackson Gallery, New York (1960), the Museum of Modern Art, New York (1960), the Bienal de São Paulo (1961), the Venice Biennale (1964), the Cleveland Museum of Art (1967), the Los Angeles County Museum of Art (1971), Leo Castelli Gallery, New York (1976), the Museum of Contemporary Art, Los Angeles (1986), the Whitney Museum of American Art, New York (1993), and Kunstmuseum Winterthur, Switzerland (2005). His work is in many major public collections including Chinati Foundation, Marfa, Texas; Menil Collection, Houston; Solomon R. Guggenheim Museum, New York; Whitney Museum of American Art, New York; Museum Ludwig, Cologne; and Tate Modern, London. He had his first retrospective at the Solomon R. Guggenheim Museum, New York in 1971, and a second in 2012, followed by more than one hundred solo exhibitions. He received numerous awards during his life, including the Skowhegan Medal for Sculpture (1993), the Lifetime Achievement Award in Contemporary Sculpture from the International Sculpture Center, Washington, DC (1993), the Gold Medal from the National Arts Club, New York (1997), a Distinction in Sculpture award from Sculpture Center, New York (1999), and a Lifetime Achievement Award from the Guildhall Academy, East Hampton, New York (2007).