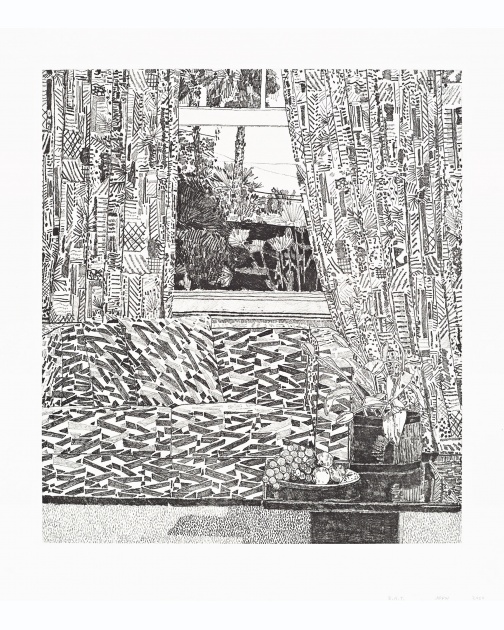 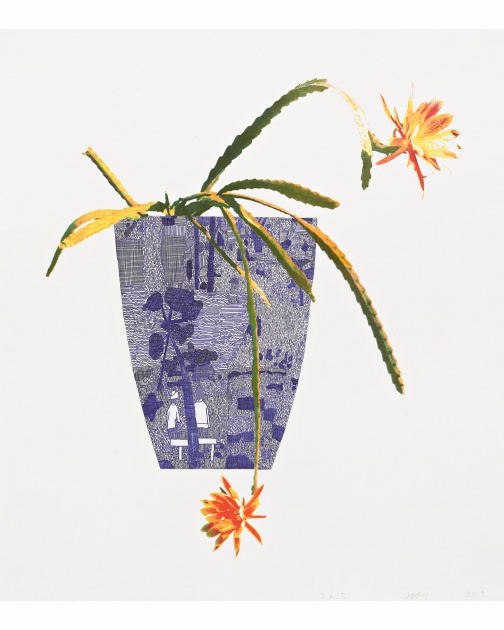 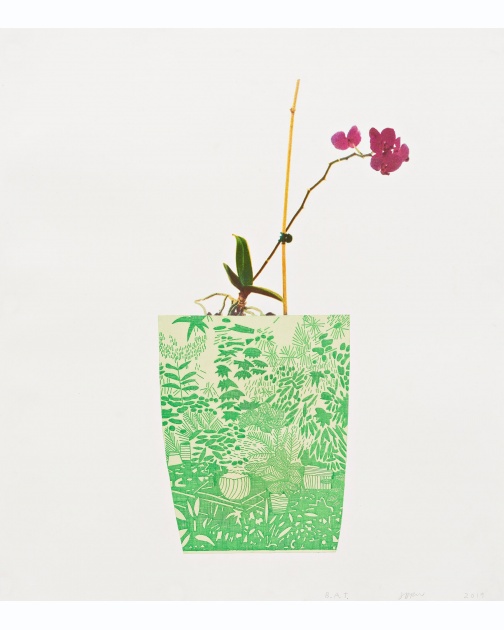 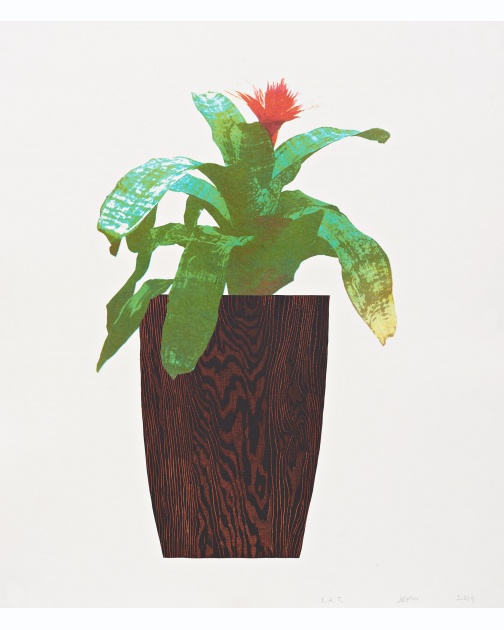 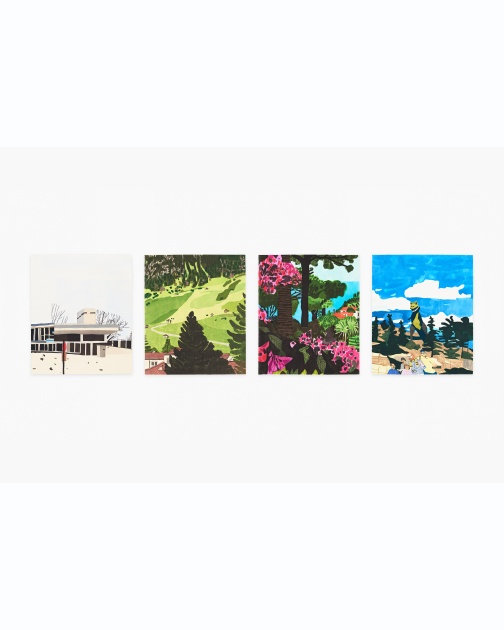 In his paintings, drawings, and prints, Jonas Wood merges references to art history, his memories, and visions of the people, objects, and settings that compose the fabric of his life. Working in acrylic and oil on supports including cardboard and canvas, he presents portraits of his friends and family, interior scenes, and still lifes. Through his partially abstract rendering of these subjects and use of bright colors, he emphasizes patterns and forms while flattening out the space in his compositions. Ceramic vessels and potted plants figure prominently in his works. In some, he covers the outside of a plant’s pot with an intricately realized landscape, which reads as a painting within a painting. Working with an eye toward his predecessors, Wood cites Lucian Freud, David Hockney, and Alex Katz as influences. (Source: Artsy)