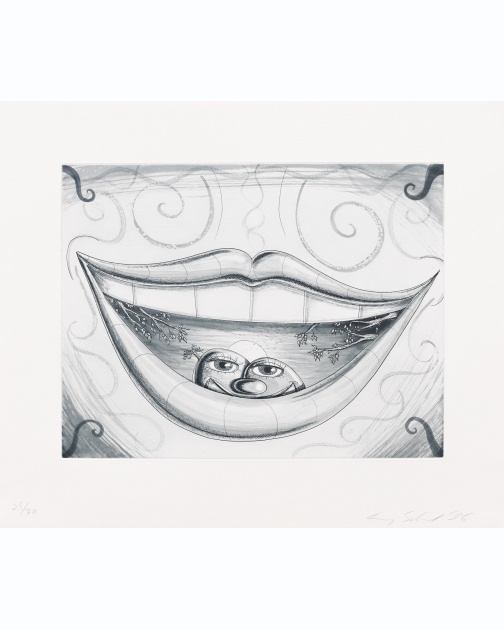 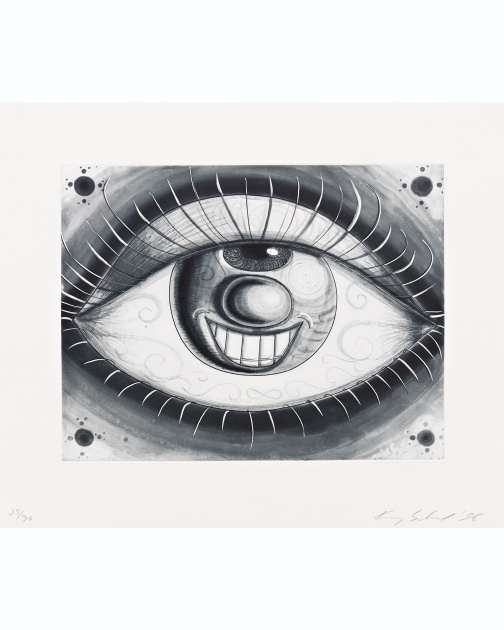 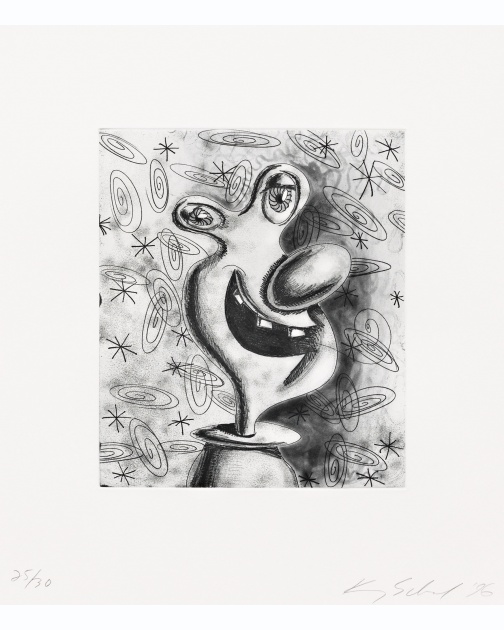 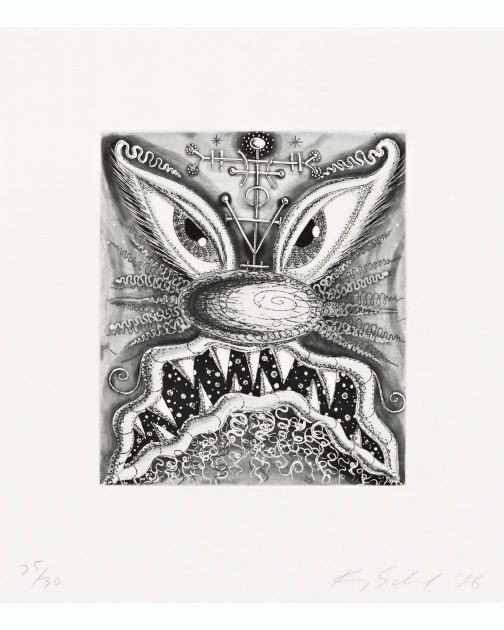 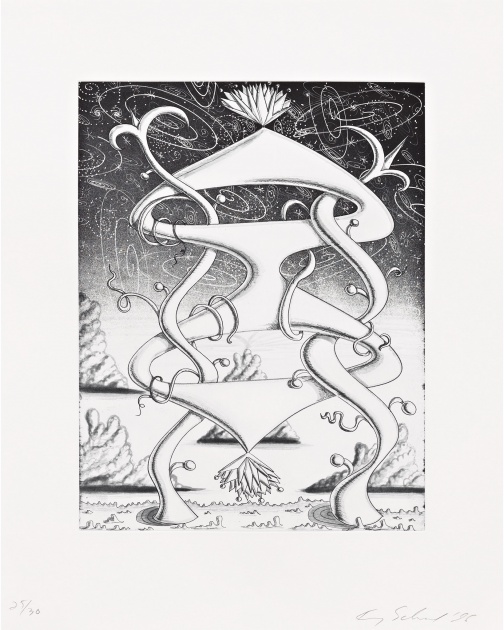 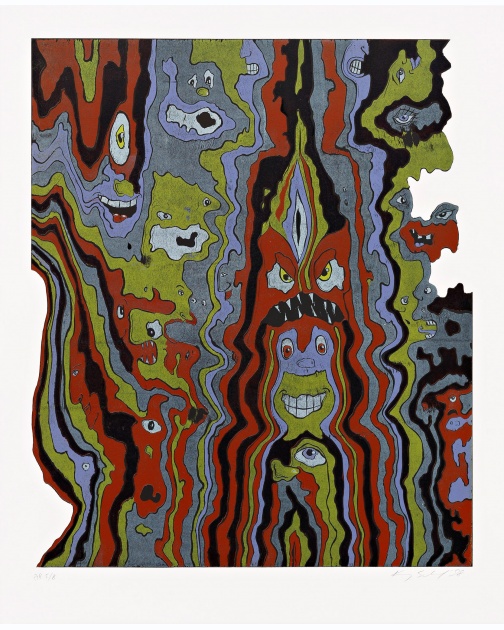 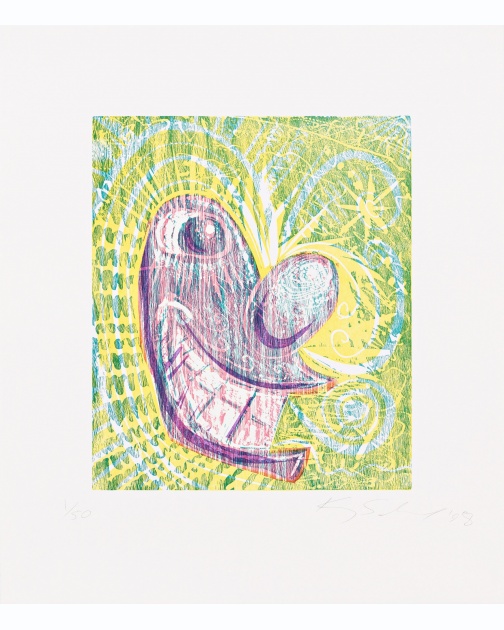 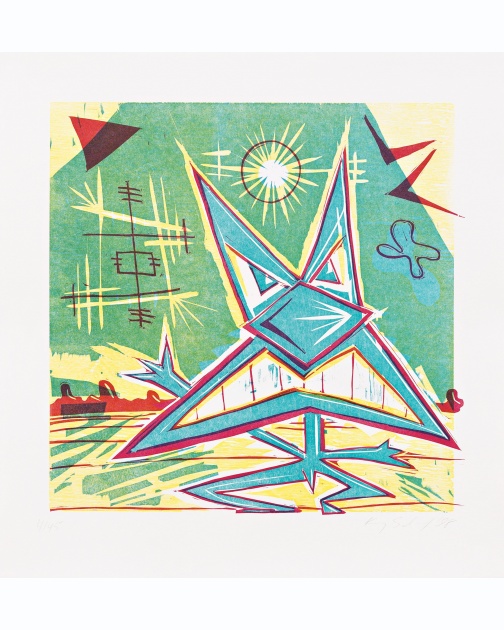 Kenny Scharf rose to prominence alongside his contemporaries Jean-Michel Basquiat and Keith Haring in the East Village art scene of the 1980s. He was one of the first artists to inject elements of street culture into mainstream contemporary art. Growing up in California in the 1960s, Scharf was fascinated by TV and the era’s conception of the future. The Flintstones and The Jetsons highly influenced his work and figure prominently in his "pop surrealist" pop style, dealing with earth and space, natural and artificial.  Kenny Scharf is in the public collections of the Brant Foundation, Greenwich, CT; Guggenheim Museum, New York, NY; Whitney Museum, New York, NY; Eli Broad Foundation, Los Angeles, CA; Museu de Arte Moderna, Rio de Janeiro, Brazil; Stedelijk Museum, Amsterdam, The Netherlands; The Bass Museum of Art, Miami Beach, FL; The Jewish Museum, New York, NY, and the Miami Art Museum, Miami, FL, among others. The artist currently lives and works in Los Angeles, California and Brooklyn, New York.