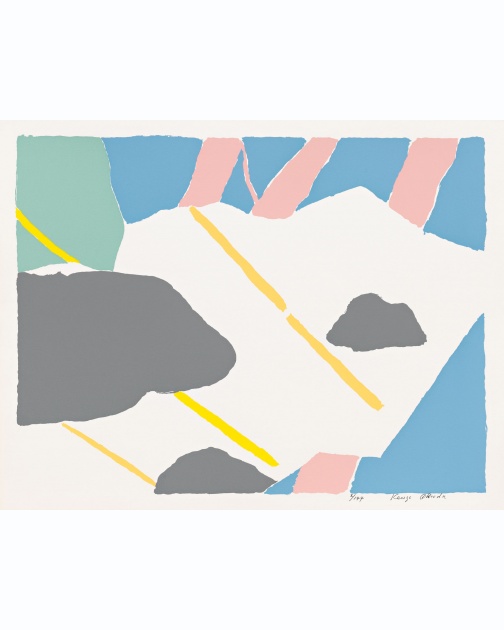 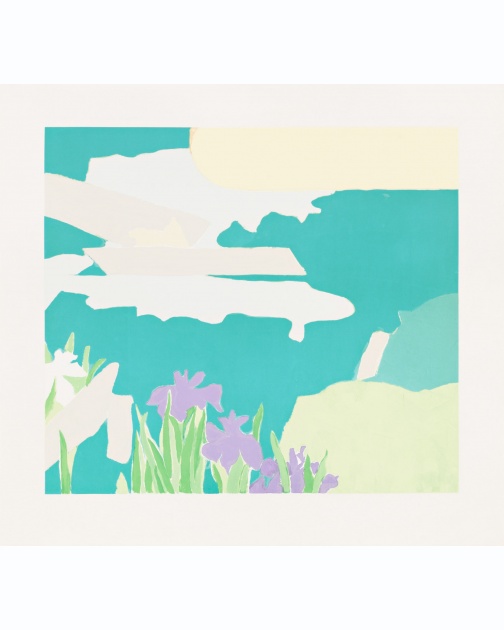 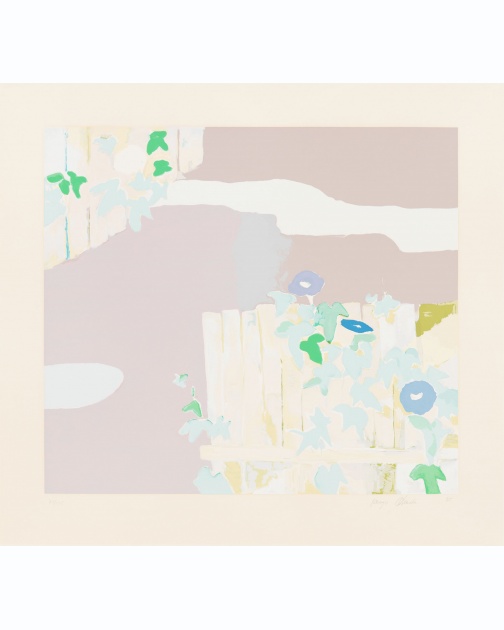 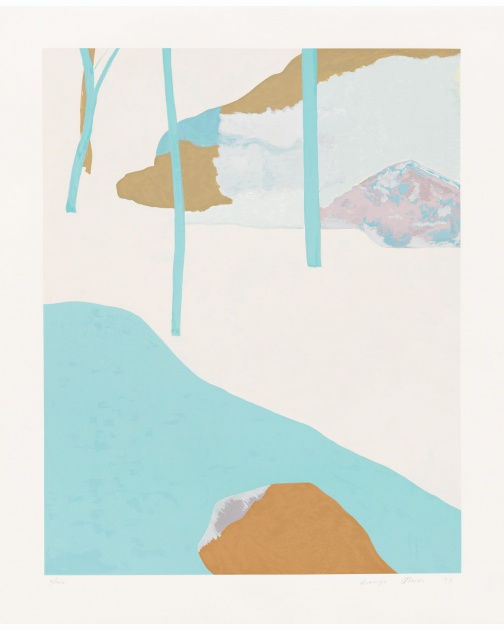 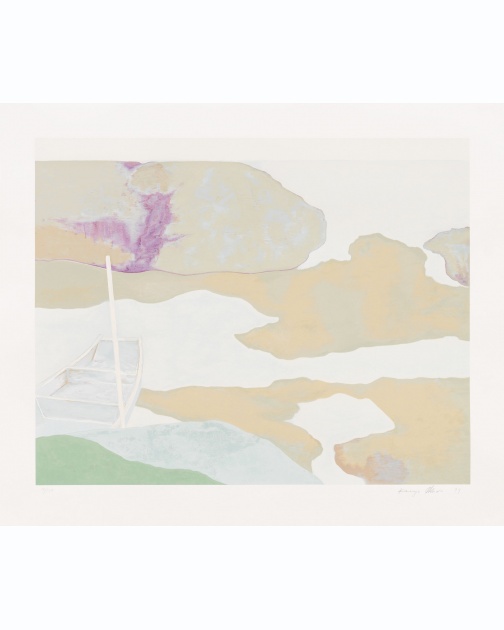 Kenzo Okada was an American painter of Japanese birth. In 1922 he entered the department of Western painting at Tokyo School of Fine Arts, called today Tokyo National University of Fine Arts and Music, but in 1924 left for France where he studied with fellow Japanese expatriate Tsugouharu Foujita, executing paintings of urban subjects. In 1927 he returned to Japan, where he exhibited widely.In 1950 he moved to New York City, where he produced abstract paintings. Undoubtedly stimulated by Abstract Expressionism, these nevertheless display a strong Japanese sensibility and feeling for form. His paintings from the 1950s reveal subtle changes in the natural world through the use of imagery constructed with delicate, sensitive colour tonalities, floating within the compositional space. In 1953 he began to exhibit his abstract expressionist paintings with the Betty Parsons Gallery in New York City. During the 1970s he painted numerous works that used as a point of departure the reinterpretation of the decorative effects of traditional Japanese painting. Okada evokes the aura of landscape by using earth colors, abstract patterns hinting at rocks and flowers, and an overall haziness that makes his scenes look submerged in water. Bringing an Asian sensitivity to the New York School of abstraction, Okada distills the essence of nature into his painting, making it seem elemental and thus sublime. Okada became friends with Mark Rothko and many other abstract expressionists, especially the early color field painters. His sensitive and personal style of abstract expressionism, with his Asian roots, relates directly to both color field painting and lyrical abstraction.