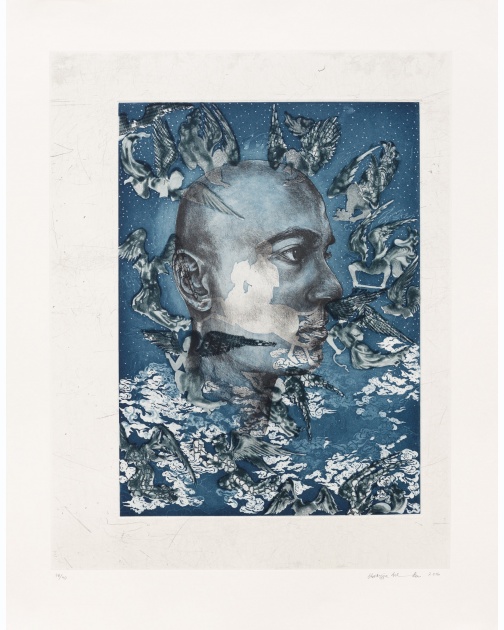 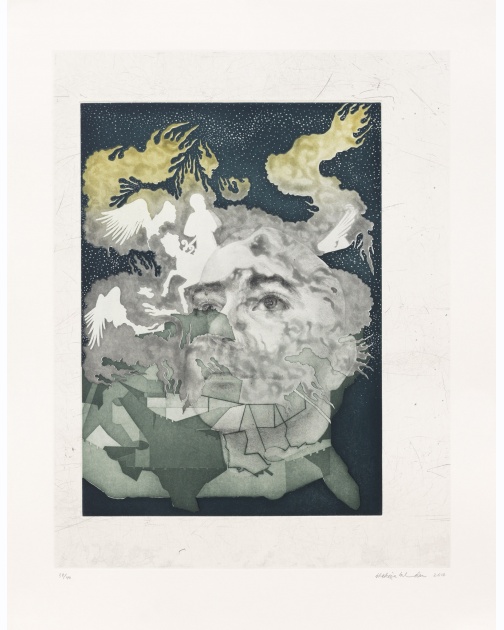 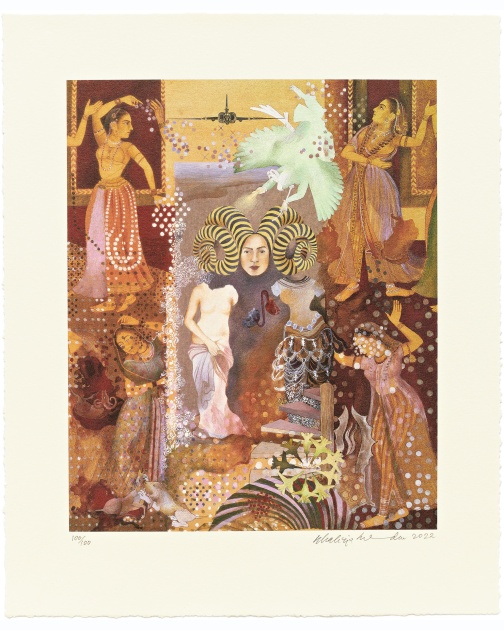 Shahzia Sikander is a Pakistani-American artist best known for contemporizing the traditional Indo-Persian discipline of miniature painting. Her work throughout the 1990s launched a rigorous inquiry and deconstruction of miniature painting from within the canon of its historical representation. By engaging the personal and the private, and subverting patriarchal and historical representations within the Indo-Persian miniature painting tradition, Sikander's work upends gender-specific assumptions while contributing fresh feminist discourse from multiple perspectives. Her innovative work spans an array of media including digital animation, video, performance, large-scale mural, installation, projection, and works on paper. Sikander received her BFA in 1991 from the National College of Arts, Lahore, Pakistan and her MFA from the Rhode Island School of Design in 1995. She has had notable solo exhibitions at the Guggenheim Museum in Bilbao, Spain; The Whitney Museum of American Art, New York; The Asia Society, New York; and Cooper-Hewitt National Design Museum, New York among others. She is the recipient of the John D. and Catherine T. MacArthur Foundation Achievement ‘Genius’ award, (2006-2011) and the Inaugural Medal of Art, presented by Hillary Rodham Clinton (2012). Sikander’s work is featured in major international collections such as the Museum of Modern Art, New York; Whitney Museum of American Art, New York; Museum of Fine Arts Boston; Museum of Contemporary Art, Tokyo; Centro Nazionale per le Arti Contemporanea Rome; and The Metropolitan Museum of Art, New York.

Shahzia Sikander for the L.A. Times

Shahzia Sikander in Panel at the NYPL